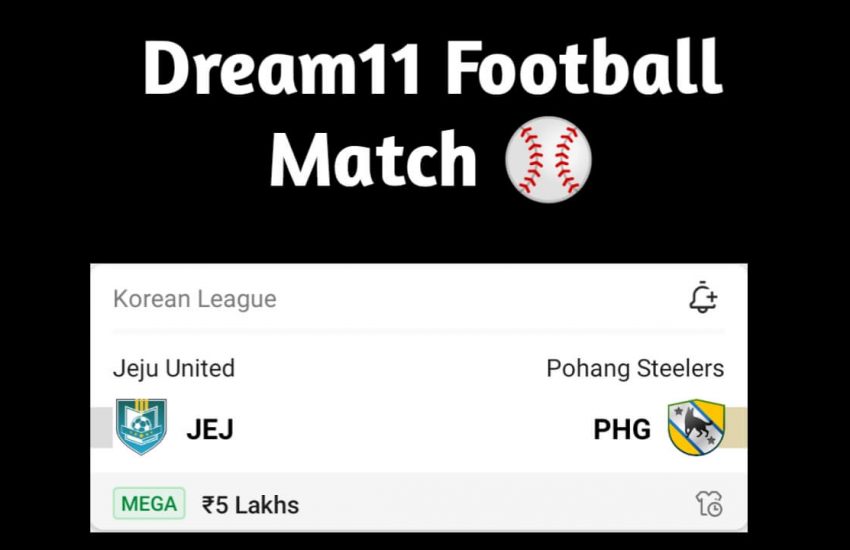 Jeju United are going to host a round 3 game of the Korean League against Pohang Steelers at Jeju World Cup Stadium, Seogwipo in South Korea. In the last encounter, Jeju United managed to play a 1-1 draw against Jeonbuk Hyundai Motors and are currently standing at the 7th position on the points table. On the other hand, Pohang Steelers secured an easy 3-1 win against Gangwon FC and are placed at the 2nd spot on the points table.

After examining the recent form and statistics of these two sides, the away side Pohang Steelers are a slight favourite side to secure a win in this encounter but we can expect goals from both ends of the pitch.

Jeju United are back to the top tier after missing the last season. They were the Champions of the K2 league last season with 60 points in 27 matches. They have collected two points in two matches so far.

Pohang Steelers did a great job last season and finished at 3rd place with 38 points in 22 matches. They opened their point tally with two wins in the last two matches over Incheon United and Gangwon FC. They have an edge in this match. Both the teams have a decent squad and will look to gain some confidence by registering a win in this enticing fixture.

Min-kyu Song: Song is a South Korean football forward who plays for Pohang Steelers. He has good experience in football. He plays very wide and can put the ball in the box from a distance. He had 10 goals to his name last season and will be confident here. He scored a goal in the opening match against Incheon United and opened his scoring account.

Min-Hyun Gong: Min-Hyun is a South Korean footballer who plays as a forward for Jeju United FC in K League. He was one of the top scorers from his side with eight goals to his name last season. He enjoys attempting header and finishing the ball. He can be the dangerous man for the opponents if he clicks for this fixture.

Min-Kyu Joo: Joo is another important player from Jeju United’s squad. His consistency and ability to perform under pressure make him a great pick. He is known for off-the-ball movement, technical skills, pace, and his ability to score from tight angles. He recorded eight goals last season.

Hyeon-beom Ahn: Jeju Uniteds midfielder has scored a goal in the Korean League last season. He has an average of 1 shot per game on goal post with a successful passing percentage of 70. He is a differential pick for captaincy in this encounter.

Chang-Rae Ha: Pohang Steelers defender has scored a goal in the Korean League this season. He has an average of 0.5 shots per game on goal post with a successful passing percentage of 90. He is a must-have pick in your small league fantasy teams.