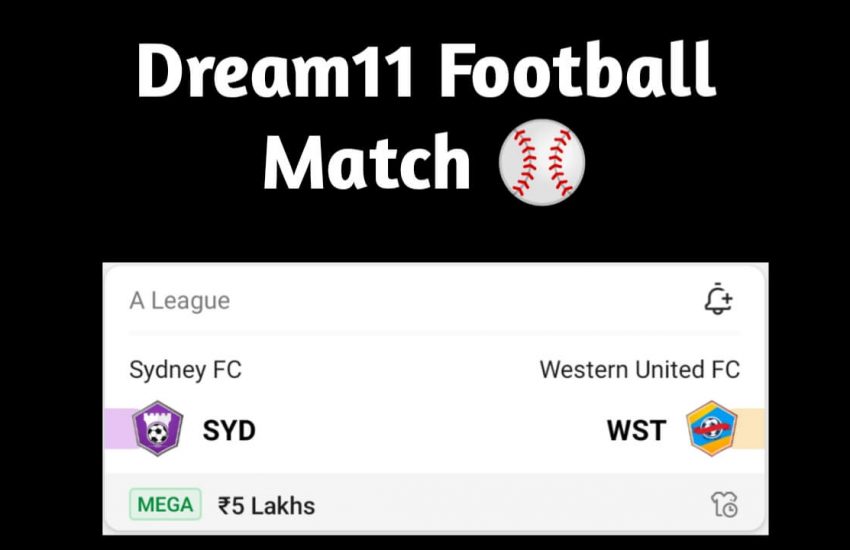 Sydney FC are going to host a round 10 game of the A League against Western United FC at Leichhardt Oval, Sydney in Australia. In the last encounter, Sydney FC managed to play a 1-1 draw against Brisbane Roar FC and are currently placed at the 8th spot on the points table. On the other hand, Western United FC faced a 1-0 defeat against Western Sydney Wanderers and are currently standing at the 9th position on the points table.

After analyzing the recent form and statistics of these two sides, host Sydney FC are a slight favourite side to secure a win in this encounter but goals from both ends of the pitch are expected.

Sydney FC have started this season with 12 points in the nine matches. They saw a draw in their last match over Brisbane Roar by a 1-1 scoreline. They have not made their best so far and would be eager to get their arm back on track in this match.

Western United are at 9th place in the standings with 11 points in eight matches with the help of three wins and two draws. In the last match of the league, they saw a 0-1 defeat against Western Sydney. They are good at the front and have scored 16 goals in just eight matches.

Kosta Barbarouses: Barbarouses is a New Zealand professional footballer who plays in Australia’s A-League for Sydney FC. He was the 2nd highest goal scorer from his side with eight goals to his name and will be confident to shine this season as well in the absence of Adam Fontre. He scored a penalty against Western Sydney Wanderers and two goals in the match against Wellington Phoenix.

Besart Berisha: Berisha is a Kosovar-Australian professional footballer who plays as a forward for Australian club Western United FC. He is the Australian A-League’s all-time leading goalscorer. His creativity and good shot range from distance are going to be key to unlock the opponent’s defence. He recently scored two goals against Melbourne Victory. He has five goals to his name in the league this season.

Milos Ninkovic: Sydney FCs midfielder has scored 2 goals and claimed an assist in the A League this season. He has an average of 1.2 shots per game on goal post with a successful passing percentage of 87. He is a must-have pick in your small league fantasy teams.

Víctor Sanchez: Western United FCs midfielder has scored 3 goals and an assist in the A League this season. He has an average of 1.6 shots per game on goal post with a successful passing percentage of 83. He is a must-have pick in your small league fantasy teams.