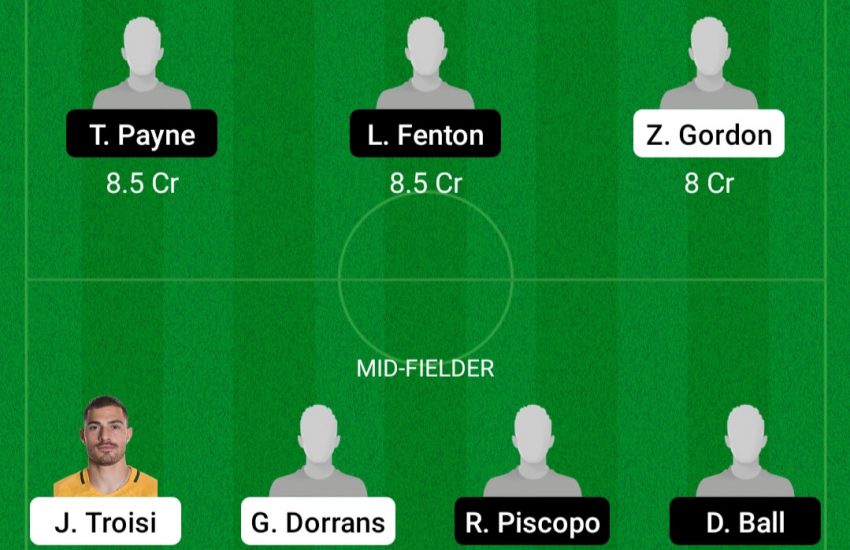 The A-League is the topmost professional men’s soccer league in Australia where 12 teams battle it out against each other via league and playoffs to be determined the champion soccer club of Australia. It is game week 24, and in this league fixture, the 9th placed team on the table Western Sydney Wanderers, take on the 8th placed team, Wellington Phoenix.

In their previous respective competitive fixtures, Western Sydney Wanderers lost 1-0 away at Sydney, while Wellington Phoenix won 3-0 at home against Western United in the A-League. Inconsistency has hit the Wanderers hard this season. A classic case was the two recent losses suffered after registering two wins on the trot, their third in five games. One of the reasons for their inconsistencies has been their woeful defense who has leaked the second most 39 goals in the league so far. On the flip side, their attack has also been the second-best in the league netting 40 goals but their efforts have been largely in vain due to their fragile backline. They need to shore up if they dream of playing in the final series, else their current season will bite the dust and they will have to wait for the next year.

Wellington Phoenix have been on a good run, being unbeaten in their last eight matches, winning two of their last five. They are still three points shy of sixth-placed Brisbane and have played one game more, and hence need to continue their good run and get some more wins under their belt. They are coming on the back of a resounding win over Western United and we can expect them get a result out of this next game.

Kamau (Wanderers): Australian winger Bruce Kamau joined Western Sydney Wanderers in 2018 from fellow A-League side Melbourne City, and has since made 65 appearances for the club across all competitions, scoring 10 goals and giving 11 assists. He scored just the 1 goal and gave 4 assists in 17 games across all competitions in the 2020 season, but is doing much better in the current season with 8 goals and 2 assists in 20 A-League games. In his last game against Sydney, he had 1 inaccurate shot on goal, 45 touches of the ball, and completed 14 passes with an accuracy of 74%. He is in good form and is expected to influence the next game.

Hemed (Phoenix): Israeli forward Tomer Hemed joined Wellington Phoenix at the start of the current season from English club Charlton Athletic, and has since made 18 A-League appearances scoring 8 goals and giving 2 assists. He didn’t score or assist in 19 games across all competitions in the 19-20 season but is doing much better in the current season. He had a good outing in his last match against Western United, where he scored 1 goal and contributed to his side’s win. In this game, he played for 80 minutes and had 4 accurate shots on goal, 35 touches of the ball, gave 1 key pass, and completed 14 passes with an accuracy of 64%. He is in excellent form and is expected to influence the next game.

Waine (Phoenix): New Zealand forward Ben Waine is a Wellington Phoenix academy graduate and since making his senior team debut in 2018, has made 39 appearances across all competitions, scoring 7 goals. He scored 1 goal in 16 appearances across all competitions in the 19-20 season but has scored 6 goals in 19 A-League appearances in the current term. In his last game against Western United, he had 1 shot on target from 3 goal attempts, had 26 touches of the ball, gave 1 key pass and completed 10 passes with an accuracy of 91%. He is in good form and is expected to make a difference in the next match.