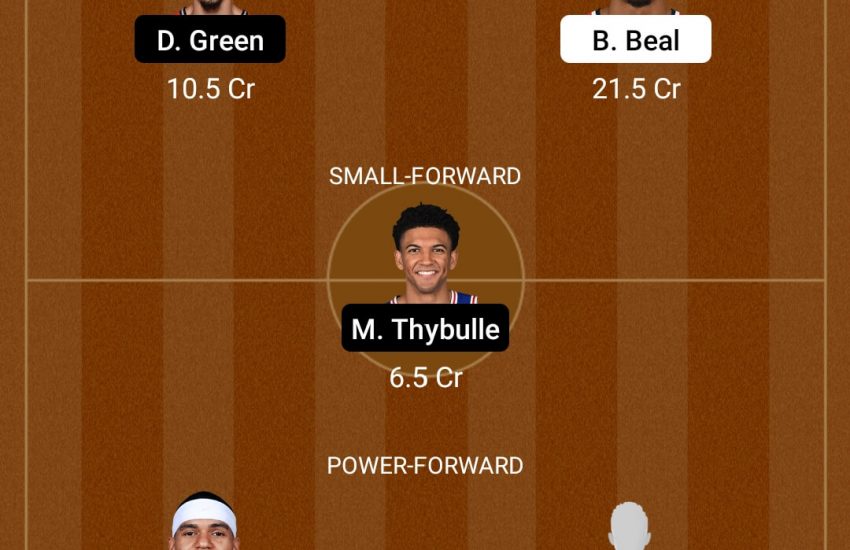 WAS Vs PHI Dream11 Prediction

This is the third match of a 7 game quarterfinal series between these two teams. Philadelphia are leading the series 2-0. The team winning this series will proceed to the semifinals of the Eastern Conference. I am backing the Philadelphia 76ers to win this match. Watch out for Danny Green to produce a match-winning performance.

Washington Wizards won 34 games and lost 38 games in the regular season. They lost their last match against Philadelphia 76ers 95-120 and are standing at 8th place in the Eastern Conference points table. Washington Wizards score 116.6 points a game on an average while they allow 118.5 points a game to their opponents. Bradley Beal is averaging a team-high 31.3 points a game. In the last match, he scored 33 points, 4 rebounds, 3 assists and 1 steal.

WAS Vs PHI Recent Match Review

The Washington Wizards (WAS) are coming off a 95-120 loss against the Philadelphia 76ers. Their best players in the game were Russell Westbrook who had 10 points and 11 assists; Bradley Beal who had 33 points and 4 rebounds; and Ru Hachimura who had 11 points and 7 rebounds.

The Philadelphia 76ers (PHI) are coming off a 120-95 win against the Washington Wizards. Their best players in the game were Tobias Harris who had 19 points and 9 rebounds; Ben Simmons who had 22 rebounds and 8 assists; and Joel Embiid who had 22 points and 7 rebounds.

WAS Vs PHI Live Score

WAS Vs PHI Lineup

NOTE : This is probable lineup. Official lineups maybe change so you can join our telegram for updated lineups, injury news & more. (WAS Vs PHI Basketball Lineup)

WAS Vs PHI Dream11 Top Picks

WAS Vs PHI Dream11 Team