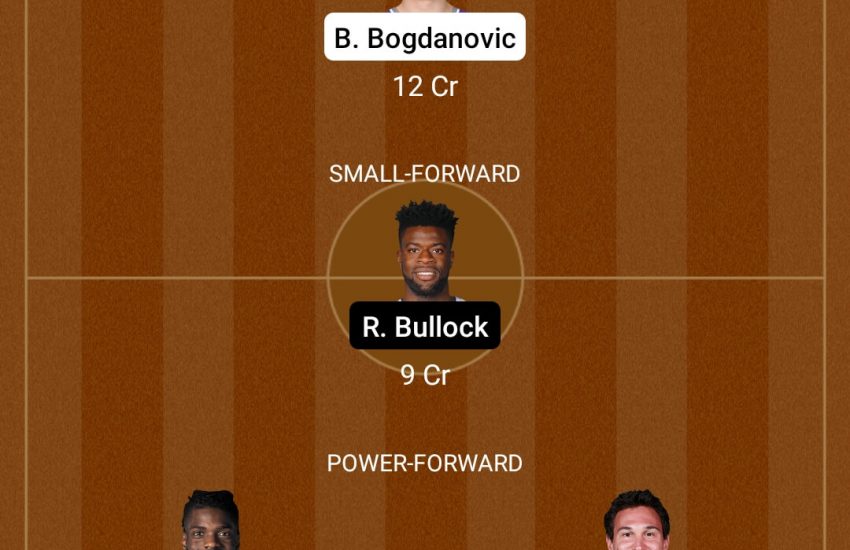 This is the fourth match of a 7 game quarterfinal series between these two teams. Hawks are leading the series 2-1. The team winning this series will proceed to the semifinals of the Eastern Conference. I am backing New York Knicks to win this match.

Atlanta Hawks won 41 games and lost 31 games in the regular season. They won their last match against New York Knicks 105-94 and are placed 5th place in the Eastern Conference points table. Atlanta Hawks score 113.7 points a game on an average while they allow 111.4 points a game to their opponents. Clint Capela is averaging a double-double this season. In the last match, he scored a match-winning 13 points, 12 rebounds, 2 assists and 2 blocks.

New York Knicks won 41 games and lost 31 games in the regular season. They lost their last match against Atlanta Hawks 94-105 and are standing at 4th place in the Eastern Conference points table. New York Knicks score 107.0 points a game on an average while they allow 104.7 points a game to their opponents. Derrick Rose is the main ball handler of the New York Knicks. In the last match, he scored 30 points, 6 rebounds, 5 assists and 1 steal.

The Atlanta Hawks (ATL) are coming off a 105-94 win against the New York Knicks. Their best players in the game were Trae Young who had 21 points and 14 assists; Bogdan Bogdanovic who had 15 points and 8 rebounds; and Clint Capela who had 13 points and 12 rebounds.

The New York Knicks (NYK) are coming off a 94-105 loss against the Atlanta Hawks. Their best players in the game were Julius Randle who had 14 points and 11 rebounds; Derrick Rose who had 30 points and 6 rebounds; and Nerlens Noel who had 12 points and 8 rebounds.

NOTE: This is the probable lineup. Official lineups maybe change so you can join our telegram for updated lineups, injury news & more. (ATL Vs NYK Basketball Lineup)