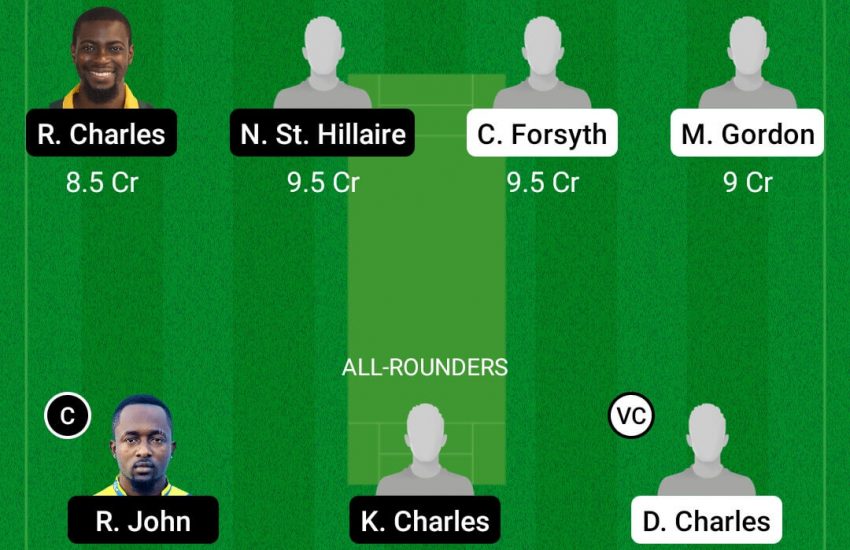 Clove Challengers will be taking on the Saffron Strikers in the league stage match of Spice Isle T10 at Grenada. The surface is a balanced one, with almost equal assistance on offer for both pacers as well as spinners. The average score on this wicket is 85 runs.

Cyprian Forsyth: Cyprian Forsyth can be backed as fantasy vice-captain. He is a hard-hitting batsman who can take the game away from the opposition. He can hit boundaries frequently as well.

Denroy Charles: Denroy Charles will be a popular pick as vice-captain. He can pick wickets consistently and can bowl economical spells as well. Moreover, he is a handy batsman too.