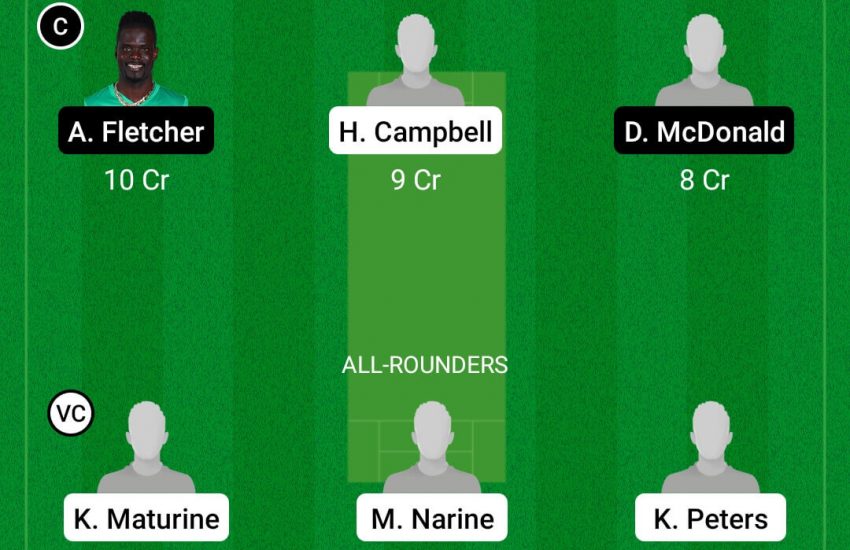 The 2nd match of the Dream11 Spice Isle T10 will see Cinnamon Pacers (CP) facing off against Nutmeg Warriors (NW). This is the opening game of the season for both teams and both would be hoping for a strong start. NW should be favorites to win this game as they have a strong batting unit and a decent bowling attack as well. We expect this to be a closely contested game.

Cinnamon Pacers will be taking on the Nutmeg Warriors in the league stage match of Spice Isle T10 at Grenada. The surface is a balanced one, with good assistance for both pacers and spinners on offer. The average score on this wicket is 85 runs.

Andre Fletcher: Andre Fletcher is a marquee pick for this game. He has played international cricket for West Indies and has a lot of T20 cricket experience. Overall in his T20 career he has scored 5097 runs at an average of 27.11 and a strike rate of 117.44 in 212 matches. We back this experienced campaigner to have an impact on this game.

Kenroy Peters: Kenroy Peters is an experienced bowling all-rounder who was around the West Indies domestic circuit for more than a decade and a half. He can keep the run-flow in check with the ball and can pick regular wickets as well.

Ken Maturine: Ken Maturine can have a big impact on this game. He is a top all-rounder to have in your side who can make a difference on either side of the innings with his batting and bowling ability.