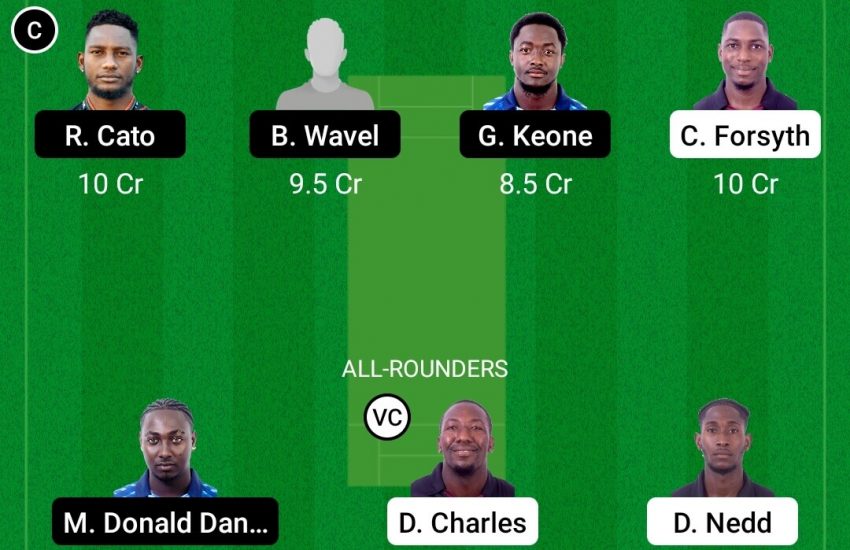 In match number Spice Isle T10 2021, Clove Challengers take on Ginger Generals. These two sides had contrasting starts to this tournament. Clove Challengers went down against Saffron Strikers. They could put up just 56 batting first and lost with 21 balls to spare. Meanwhile, Ginger Generals started with a win as they defended 107 against Bay Leaf Blasters and won by 16 runs.

Roland Cato: Roland Cato will be a captaincy favorite. He batted beautifully in the first game and scored a 10-ball 26 (three fours and one six). The GG skipper can be backed to come good once again. Furthermore, he can roll his arm over if required as well.

Benjamin Wavel: Wavel is the finisher in the side and is a swashbuckling batsman. He top-scored for his side in the last game, scoring 31* off just 18 balls. He would be looking to play yet another crucial knock.

Teddy Bishop: Teddy Bishop is a hard-hitting opening batsman and he can be the game-changer for CC at the top of the order. He did not fire in the first game but can be expected to come good. Thus, he can be a decent vice-captaincy option.

Denroy Charles: Denroy Charles was the most economical bowler for CC in the last match as he bowled 2 overs at an economy of 6 without picking up any wicket and is also their top order batsman.

Cyprian Forsyth: Forsyth is the most solid batsman in the Challengers’ side. The captain of the side was the only batsman who got going last night as he scored 25* and will look to bat longer in this game.