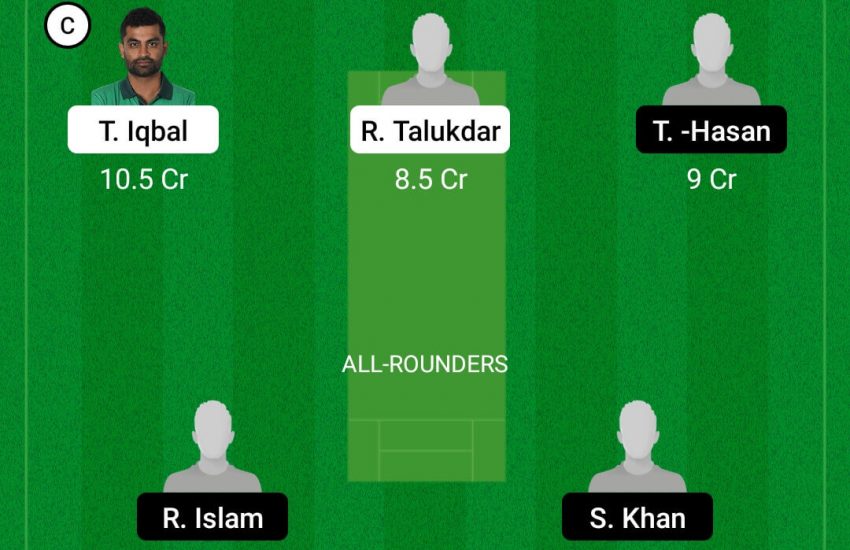 Tamim Iqbal: Star batsman Tamim Iqbal showed his class by smashing a quick-fire 46 off just 22 balls against Gazi Group Cricketers in the opening game. Tamim Iqbal will be the captain for this match.

Mustafizur Rahman: Left-arm pacer Mustafizur Rahman has been a very consistent wicket-taker in the white-ball cricket in the last two years. After an excellent ODI series against Sri Lanka, he continued his purple patch in the opening match of this tournament with two wickets. Mustafizur Rahman will be the vice-captain for this match.

Tanzid Hasan: Tanzid Hasan is renowned for his aggressiveness with the bat but it was not the case in the opening game as he made a pretty sedate 30 off 30 balls against MSC. He will look to improve his strike rate in this fixture.

Mohammad Mithun: Mohammad Mithun is another crucial batsman for Prime Bank CC. As it was only a 12-over game, Mithun got only five balls to face in the opening game and he did the finishing touches by scoring 8 runs off those five balls.

Sumon Khan: Bowling all-rounder Sumon Khan came up with a fine all-round performance against Mohammedan Sporting Club. He produced 23 runs and two wickets in that game.

Shoriful Islam: Left-arm pacer Shoriful Islam is amongst the best of the promising pace bowlers in Bangladesh right now. He took one wicket in the opening game against the Cricketers.