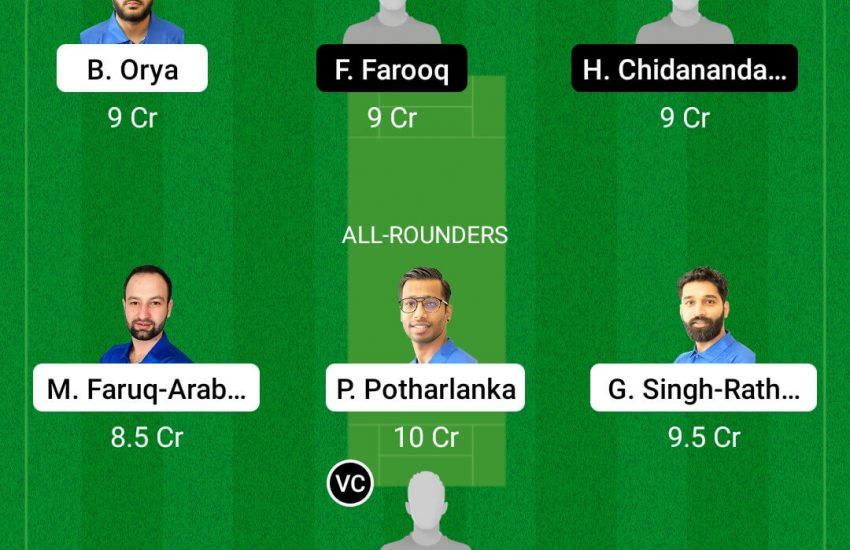 This match of ECS T10 Kiel 2021 will be played between MTV Stallions and Moorburger TSV at Kiel Cricket Ground. Pitch is expected to be batting friendly and plenty of runs can be expected.

Basit Orya: Basit Orya is a batting all-rounder who will open the innings. He is a dangerous batsman who can tear any bowling attack apart on his day. He is also a reliable bowler who can pick regular wickets. He can prove to be a multiplier in this match. He has scored 96 runs and picked 3 wickets so far.

Mohammad Faruq Arabzai: Faruq Arabzai is a batting all-rounder who will bat in top order and also bowl his quota of 2 overs. He has the ability to play big innings and gets his majority of runs in boundaries. He is also a useful bowler and can pick 1-2 wickets in this match. He has scored 61 runs and picked 1 wicket so far.

Prashanth Potharlanka: No.3 batsman Prashanth Potharlanka has looked in good touch. After a decent 20-run knock in his first match, he bounced back with a quick-fire 35 and also took one wicket in the previous match. He is expected to give good returns in this match.

Ujwal Gadiraju: Right-arm pacer Ujwal Gadiraju has been the standout bowler for MTV Stallions. He has taken at least one wicket in all the four outings. His ability to nail the yorkers make him a must-have pick.

Gaurav Singh Rathore: Gaurav Singh is a bowling all-rounder who will bowl off spin and bat in middle order. He is a veteran player who can be trusted upon. He can pick a wicket or two in this match. He has picked 2 wickets so far.