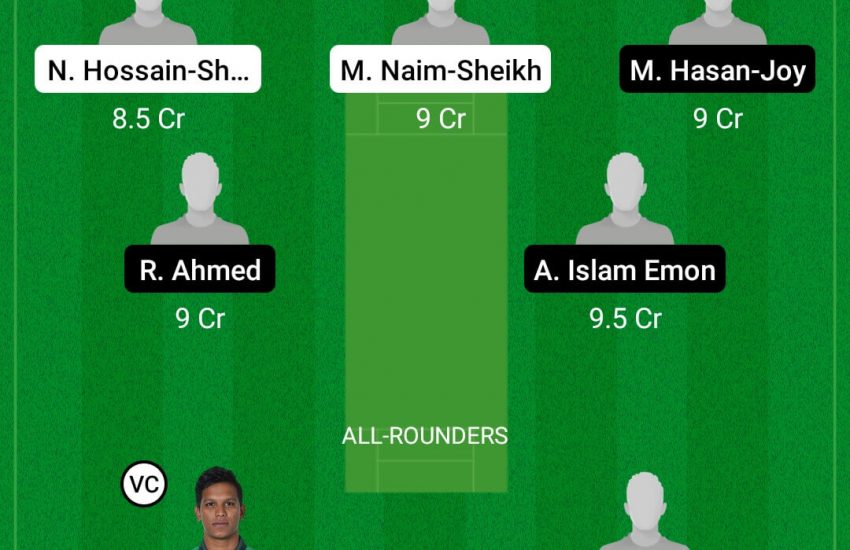 Abahani Limited will be up against Old DOHS Sports Club in the second game of the day in this Dhaka T20 2021. Both teams have played just one game each so far. Abahani Limited won their first game as they beat Partex Sporting Club in a rain-affected game. Meanwhile, Old DOHS Sports Club were well-placed (171/4) in their game against Legends of Rupganj before the rain came down. Hence, both sides will be aiming for some momentum as the tournament moves forward.

Abahani Limited will be taking on the Old DOHS Sports Club in the league stage match of Dhaka T20 at Mirpur. The surface is a balanced one, with similar assistance for both pacers and spinners on offer. The average score on this wicket is 145 runs.

Mushfiqur Rahim: Mushfiqur Rahim is coming off 38 runs knock from his previous outing and will be hoping to deliver once again in this match as well. Rahim can turn the game anytime with his incredible hard-hitting ability. He can reap rewards for your fantasy team in this match. He will be a top captaincy pick for this clash.

Mahmudul Hasan Joy: Mahmudul Hasan Joy cracked an unbeaten 78 off 55 balls in the first game against Legends of Rupganj. He is a promising member from the 2020 U-19 World Cup winning squad. Mahmudul will be the captain for this match.

Anisul Islam Emon: Anisul Islam Emon can be punted upon as vice-captain. He has a good record in white-ball cricket and he can force the pace at the top of the order. He also looked good in DOHS’ first game but couldn’t convert his start of 25.

Mohammad Naim Sheikh: Elegant left-handed opener Mohammad Naim Sheikh is a highly-rated batsman in Bangladesh. He looked in good touch in his short stay at the crease in the opening match against Partex Sporting Club. He made a decent 17-run knock. 20-year-old Naim Sheikh will look to get a big score in this match.

Taijul Islam: Taijul Islam is coming off 2 wickets from his previous outing and will be hoping to deliver once again in this match with the ball early on. He will be seen bowling either in the power-play overs or in death overs. He is a wicket taking option as well.