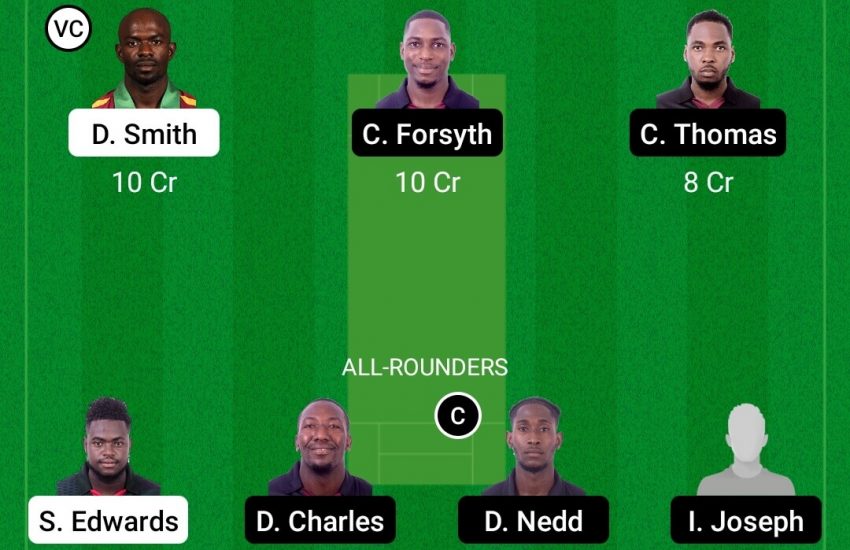 Darron Nedd: Nedd is a quality all-rounder. He bowls an odd over in the middle phase of the innings and has started to bat up the order. He has tremendous abilities and has scored 161 runs at an average of 40.25, including 2 brilliant half-centuries. He is 4th on the list of top run-getters.

Devon Smith: Devon Smith is a renowned name in the West Indies circuit. He has played at the highest level and is a quality batsman. He has scored 147 runs in the competition thus far, including a highest score of 65, and he has struck some fine form. He will be looking to score yet another big one in this game.

Denroy Charles: Denroy Charles is someone who can provide you with some valuable points with both bat and ball in this upcoming match. He has scored 47 runs and also picked up 2 wickets in the 6 matches he has played this season.