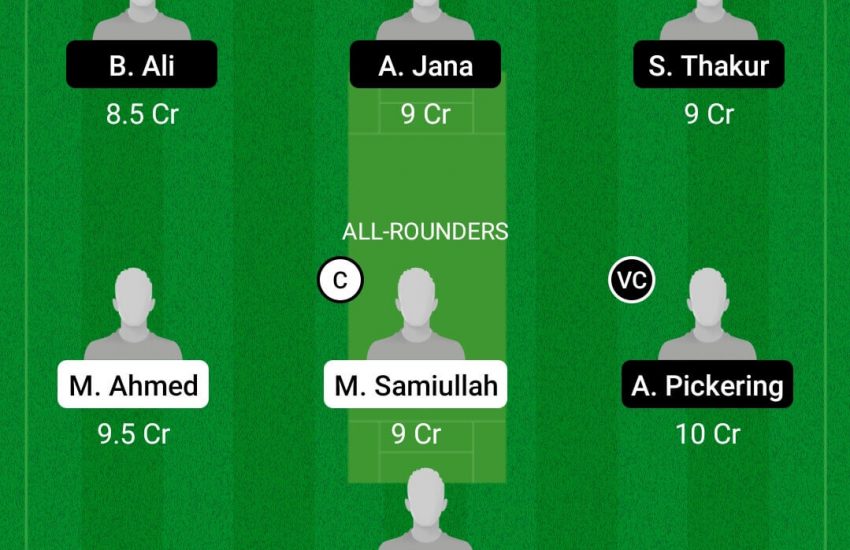 Kummerfelder Sportverein will be taking on the THCC Hmaburg in the league stage match of ECS T10 Kiel at Kiel Cricket Ground. The surface is a balanced one, with good help for both pacers and spinners on offer. The average score on this wicket is 90 runs.

Muhammad Samiullah: Muhammad Samiullah has scored 81 runs and picked up 2 wickets in this tournament so far. He can turn the game anytime with his incredible all-around ability. He can reap rewards for your fantasy team in this match. He will be a top captaincy pick for this clash.

Angus Pickering: Angus Pickering is a batting all-rounder who will bat in top order and also bowl his quota of 2 overs. He has the ability to play big innings and gets his majority of runs in boundaries. He is also a useful bowler and can pick 1-2 wickets in this match.

Muhammad Hazrat Said: Muhammad Hazrat Said is the second top wicket-taker for KSV with 3 scalps to his name from 2 matches. He is coming off 3 wickets from his previous outing and will be hoping to deliver once again in this match as well.

Musadiq Ahmed: Musadiq Ahmed is a very accomplished all-rounder for his side. He has only managed to grab 2 wickets so far in this tournament but this could be the game where things turn his way.