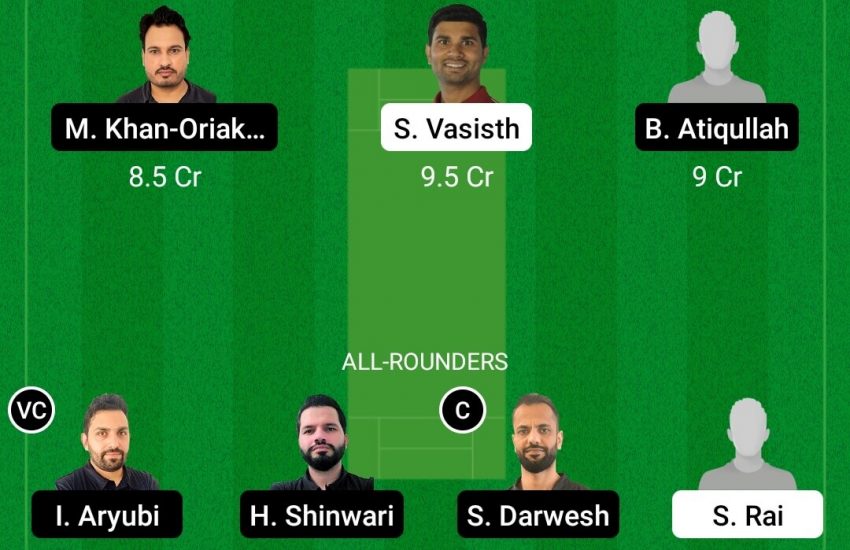 VFB Fallersleben and SC Europa will be up against each other in the 27th match of ECS T10 Kiel at the Kiel Cricket Ground in Kiel on Monday. VFB Fallersleben have lost both of their first two matches and are currently placed at the bottom of the Group B points table. On the other hand, SC Europa have won as many as 2 matches they played and are currently placed at the 2nd spot on the Group B points table.

The pitch in Kiel Cricket Ground, Kiel tends to be more suited for the spinners than it is for pacers. The average first-innings score on this ground is 95 runs.

Sahel Darwesh: Sahel Darwesh is a good all-rounder to have in your side. He bats at the top of the order and is also capable of picking up wickets. He has not made the strongest start to the tournament, but we back him to deliver in the upcoming games.

Dawood Khan Aryubi: Dawood Khan Aryubi is a batting all-rounder who will open the innings and bowl his quota of 2 overs of off-spin. He is a solid batsman who plays on merit of the ball and also is a smart bowler who will bowl according to the situation.

Israfeel Aryubi: Israfeel Aryubi is a must have pick for this game. The all-rounder has scored 79 runs in 2 innings at a strike rate of 183.72. He has also picked up 2 wickets in 2 games at a very good economy rate of 5.75. He can be a game changer.

Yogesh Sajikumar Pai: Yogesh Sajikumar Pai has picked up 3 wickets in this tournament so far. He can turn the game anytime with his incredible all-around ability. He can reap rewards for your fantasy team in this match. He will be a top captaincy pick for this clash.

Wahidullah Amini: Wahidullah Amini is a pace bowling all-rounder who will bowl with the new ball and can make early inroads. He can also be used as a floater in batting for some big hitting.

Sunny Rai: Sunny Rai is coming off 2 wickets from his previous outing and will be hoping to deliver once again in this match with the ball early on. He has the potential to be among the top players in the match.