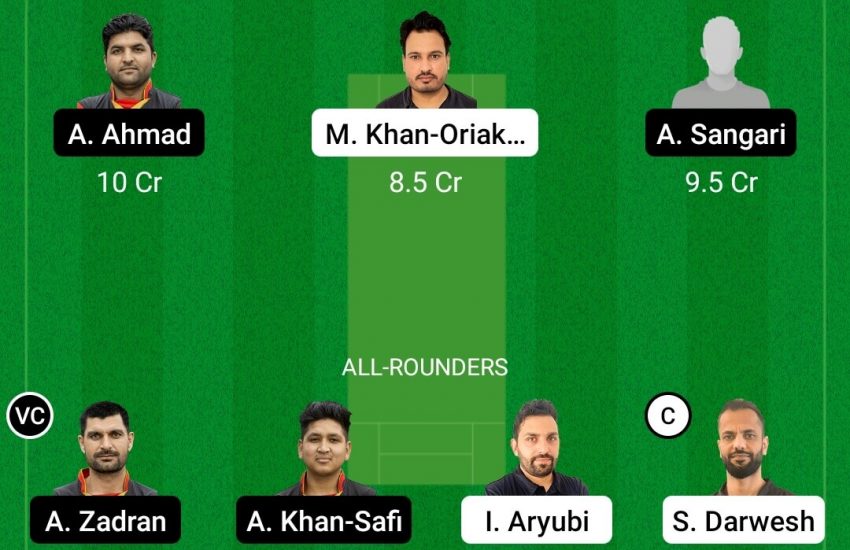 In this game of ECS Kiel, we will head towards Group B where 2nd place team SC Europa (SCE) take on PSV Hann Munden (PSV) who will play their first game of the tournament. SCE have won 3 of their 4 games so far. We are backing SCE for this game but we can expect PSV to give them a tough fight.

SC Europa will be taking on the PSV Hann Munden in the league stage match of ECS T10 Kiel at Kiel Cricket Ground. The surface is a balanced one, with great assistance for both pacers as well as spinners on offer. The average score on this wicket is 85 runs.

Adeel Ahmad: Adeel Ahmad is also a top captaincy pick for this match. He notched up 203 runs for PSV in the last season from seven matches including a fifty. He is one player who can hit any ball out of the park, and his team will be relying on him to steer them to an imposing score.

Israfeel Aryubi: Israfeel Aryubi is a bowling all-rounder who will bowl pace and bat in top order. He bowls with good pace and will attack the stumps. He also has the ability to score runs at a brisk rate. He has scored 64 runs and picked 2 wickets in last 3 matches.

Bilal Shinwari: Bilal Shinwari is bowling all-rounder who can contribute in all 3 departments. He bowls medium pace and is very accurate with his lines and lengths. He will bat in middle order and can score good amount of runs if top order fails. He has scored 57 runs and picked 1 wicket in last 3 matches.

Amin Zadran: Amin Zadran is primarily listed as a batsman but can also help his side with his bowling. He will look to start the tournament on a high note which makes him an important pick for your fantasy team

Sahel Darwesh: Sahel Darwesh is a very accomplished all-rounder for his side. He has only managed to grab 1 wicket so far in this tournament but this could be the game where things turn his way.

Dawood Khan Aryubi: Dawood Khan Aryubi is a batting all-rounder who will open the innings and bowl his quota of 2 overs. He is a solid batsman who plays on merit of the ball and also is a smart bowler who will bowl according to the situation. He has scored 38 runs and bowled economically in last 3 matches.