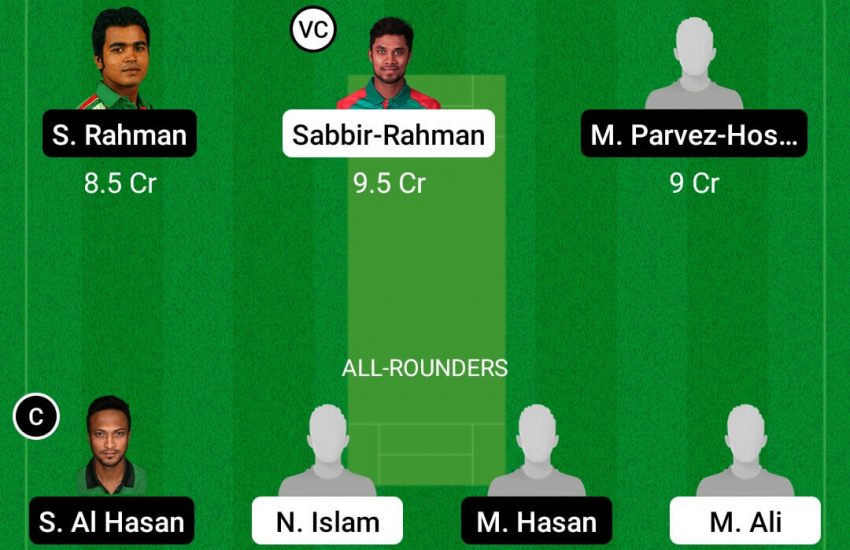 Legends of Rupganj lock horns with Mohammedan Sporting Club in their penultimate match of the Dhaka Premier Division Twenty20 League. Rupganj dropped into the bottom half of the table with three straight defeats recently whereas Mohammedan still have a chance of finishing in the top-four if they can pull of a win here & on Friday afternoon against Abahani Limited.

Legends of Rupganj will be taking on Mohammedan Sporting Club in the league stage match of Dhaka T20 at Dhaka. The surface is a balanced one, and offers good assistance to both pacers as well as spinners. The average score on this wicket is 148 runs.

Sabbir Rahman: Sabbir Rahman is a brilliant all-rounder that can smack the bowlers all across the park in the middle batting order. Sabbir has been scoring runs consistently in every match. So far, he has scored 85 runs from 5 matches he has played in this tournament.

Taskin Ahmed: Taskin Ahmed is the main bowler for his side. He is the third top wicket-taker for his side in this tournament with 5 wickets from 4 matches.. He will be seen bowling either in the power-play overs or in death overs and is a lethal wicket taking option as well.

Muktar Ali: Muktar Ali is coming off with 2 wickets to his name from his previous outing and will be hoping to deliver once again in this match with the ball early on.

Mohammad Parvez Hossain: Parvez Hossain can turn the game anytime with his incredible hard-hitting ability. He can reap rewards for your fantasy team in this match. He will be a top pick for this clash.

Irfan Sukkur: Irfan Sukkur is the best wicket-keeper batsman to have in this game. He is one player who can hit any ball out of the park, and his team will be relying on him to steer them to an imposing score.