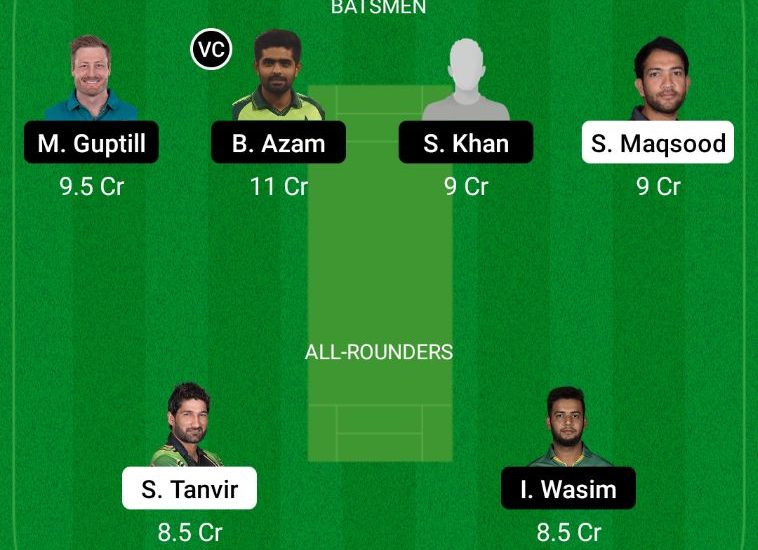 Multan Sultans will be taking on the Karachi Kings in the league stage match of the Pakistan Super League at Abu Dhabi. The surface is a balanced one, with decent help for both pacers and spinners on offer. The average score on this wicket is 165 runs.

Babar Azam: Babar Azam may be been in scratchy form in the recent past but he is a quality player. He has the ability to get big runs consistently. The Pakistan skipper has scored 258 runs in five games in this PSL 2021 and hence, he will be a top pick as vice-captain.

Rahmanullah Gurbaz: Rahmanullah Gurbaz can be punted upon as vice-captain. The Afghanistan wicket-keeper batsman has been very impressive in his short career. He has scored 1183 runs at a strike-rate of 154.64 in his T20 career.

Imad Wasim: Imad Wasim is a left arm spin bowler who has the ability to bowl in the power play and contain runs. He is known for his wicket to wicket bowling in the power play which often gets him wickets. He is also a useful batsman in the middle order who can score runs quickly.

Mohammad Amir: Mohammad Amir is considered as one of the best swing bowlers in world cricket. He will bowl with new ball and then come back to bowl at death. He also has good variations up his sleeves and can fox the batsmen with slower deliveries.

Martin Guptill: Martin Guptill is a opening batsman who is known for his attacking batting. He will go after the bowlers in power-play and then settle down to play a big innings. If he gets going, we can expect a run-fest.