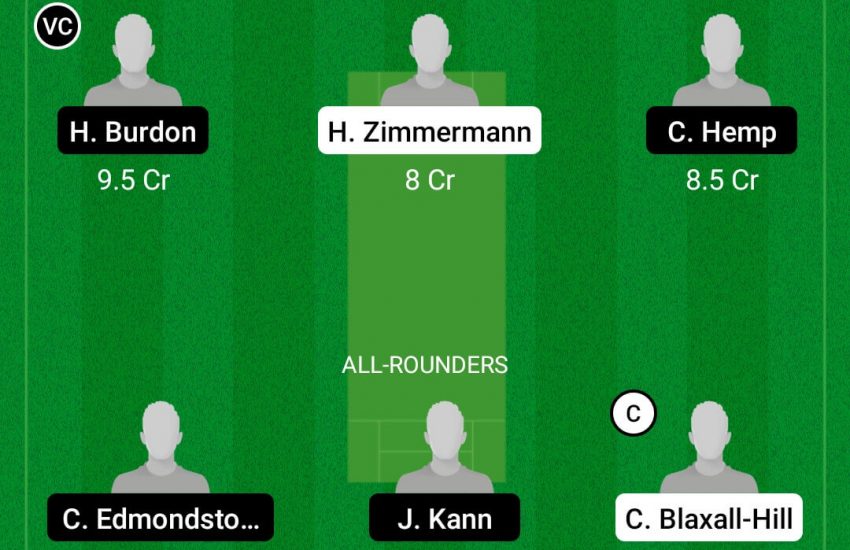 Palmerston Cricket Club will be taking on the Tracy Village CC in the league stage match of Darwin T20 at Marrara Cricket Ground. The surface is a balanced one, with good help for both pacers and spinners on offer. The average score on this wicket is 150 runs.

Connor Blaxall Hill: Connor Blaxall-Hill is an excellent all-rounder pick for this game. He scored 28 runs and picked up 2 wickets in his opening game of the tournament. His ability to deliver on either side of the innings makes him a promising captaincy pick for our fantasy team.

Hugo Burdon: Hugo Burdon is a brilliant all-rounder that can smack the bowlers all across the park in the middle batting order. He has been scoring runs consistently in every match. So far, he has scored 109 runs, while also picking up 2 wickets from 3 matches he has played in this tournament. You can rely on him as captain or vice-captain of your fantasy team.

Joshua Kann: Joshua Kann is known for his hard-hitting shots. He can clear the boundaries if he gets his eye in and is a genuine wicket-taking threat with the ball as well. His ability to deliver fantasy points in both scenarios makes him a reliable captaincy pick for this match.

Alex Bleakley: Alex Bleakley didn’t feature in the 1st T20 game for PCC but we expect him to start in this game. His career stats and performances makes him an important pick for our fantasy team.