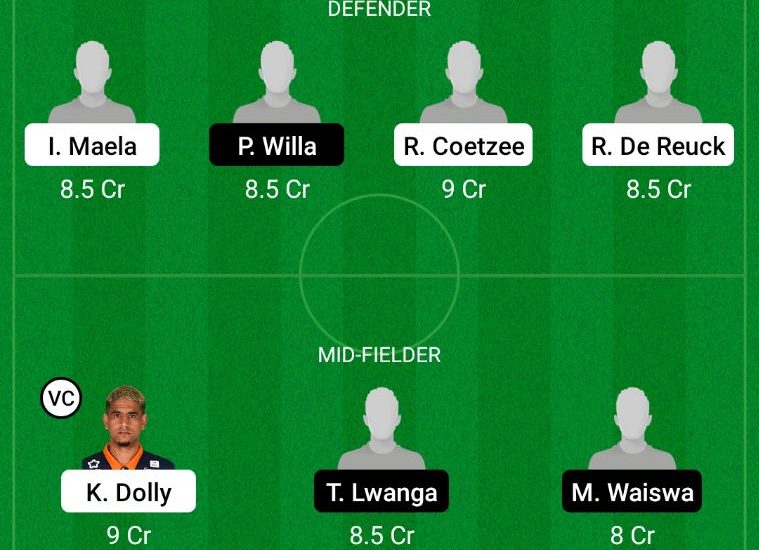 South Africa and Uganda face off here with both teams looking to bounce back from the disappointment of failing to qualify for the AFCON. Both teams finished 3rd in their groups, losing on the final matchday to Sudan and Malawi respectively. The last meeting between these sides ended in a 1-1 draw and with South Africa missing a lot of key players, the spoils may be shared once again.

Uganda: No player is ruled out.

Thabiso Kutumela heads up the attacking options for South Africa with the forward registering 12 goals to go with an assist in his domestic league this season.

Keagan Dolly plies his trade in Ligue 1 with Montpellier and is a solid midfield pick here. He also has scored 3 goals while assisting 6 more for South Africa.

Innocent Maela is a solid pick from the defense here and the left-back is a threat going forward as well, having picked up 1 assist in the domestic season.

Emmanuel Okwi is a decent forward pick here. The Ugandan captain has scored 21 goals in 66 appearances for his country and had 4 goal involvements in his domestic season as well.

Allan Okello has scored 3 goals in 11 appearances for Uganda and the youngster had 3 goal involvements in 10 starts in the domestic league as well.

Mustafa Kizza is a good pick from the backline here with the marauding fullback picking up an assist in 4 starts in the MLS this season.