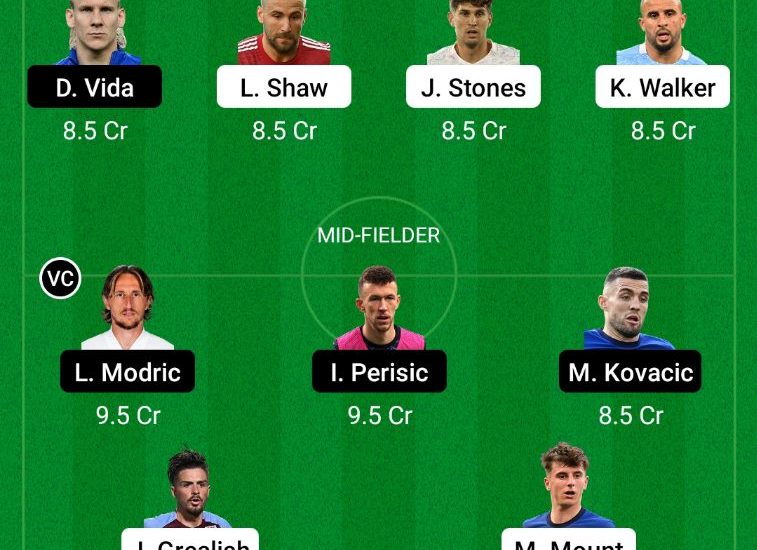 England will be looking to keep their good run of form going when they take on Croatia in their opening game of the Euro 2020 campaign on Sunday. The Three Lions have won all six of their last six games whereas Croatia have won only two matches out of their last six. England have a point to prove as well. Even though they beat Croatia 2-1 in the Nations League in 2018-19, just four months after their World Cup semifinal exit at the hands of Croatia, that loss still hurts them and only a dominating win here can give them and the fans the sense of satisfaction they need. Most players from that 2018 World Cup squad will be playing for England in Euro 2020 and they will be eager to put the ghosts of the past behind them.

The Three Lions have already been tipped as one of the favorites to lift the trophy this time. Croatia, on the other hand, despite their success in 2018, haven’t quite got going on the level they would have wanted to. They have blown hot and cold all throughout. England do have a good record at the Wembley Stadium, but they have never won their opening fixture in the Euro in the last nine editions. That’s a streak they would want to end and they can certainly do that with the kind of talent and experience they have in their squad.

Harry Kane: The English forward had an excellent season in terms of scoring. Kane netted a total of 33 goals and assisted 17 times in a total of 49 appearances across all competitions in 2020-21. His vision, positioning and aerial ability is going to be a real threat to the Croatian defence tonight.

Ben Chilwell: He has proven himself to be one of the best full-backs in the world at present. Chilwell is not only strong defensively but he contributes immensely in attack with his crosses and shooting ability as well. He has scored four goals and assisted seven times in 42 appearances across all competitions this season.

Luka Modric: The midfielder will be the most important player for Croatia in the field tonight. He will build up the play for them and will also be on set-piece duty. Playing for Real Madrid, Modric has scored a total of six goals and assisted an equal number of times in 48 appearances this season.

Ivan Perisic: Ivan Perisic hasn’t been at his best this season. He has only five goals and an equal number of assists to his name in 42 appearances in 2020-21, but he will always remain a threat to any defense and won’t be any different tonight.

Jack Grealish: Jack Grealish has established himself as one of the best midfielders in Europe in the last two seasons. In 2020-21, Grealish has scored seven goals and assisted 12 times in 27 appearances across all competitions.