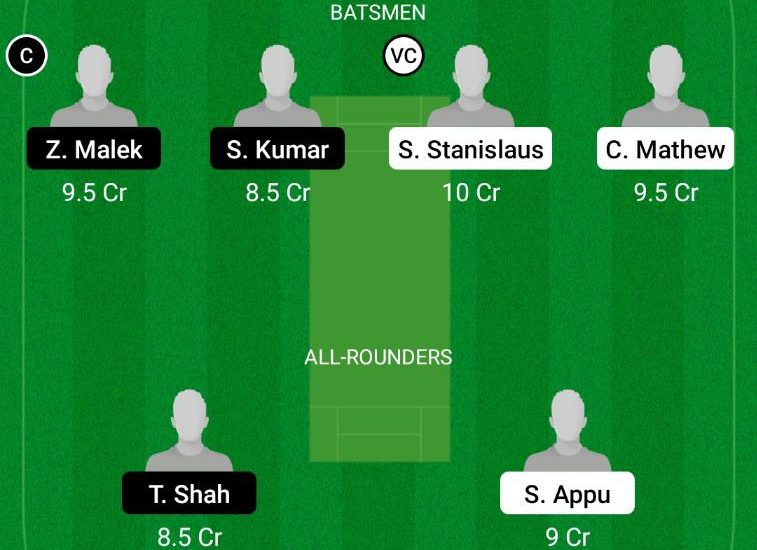 Two in-form teams Atlas UTC Knights and American University of Malta square off in match number 11 of this ECS Malta 2021. Atlas UTC Knights recorded a couple of tight wins over Southern Crusaders. They tied the first game and won on the golden ball before defending 100 and winning by six runs. Meanwhile, American University of Malta also registered two wins on the first day. They were comprehensive wins as they won by 72 runs and seven wickets (with 16 balls to spare). Thus, this promises to be an enthralling encounter.

Zoheb Malek: Zoheb Malek can be backed as fantasy captain. He has had a couple of solid starts so far and has scored 42 runs. He can be effective with the ball as well and pick key wickets.

Samuel Stanislaus: Samuel Stanislaus has been in splendid form with the bat. He was superb last season and top-scored with 339. The AUK opener has started this season solidly as well and has got 57 runs while striking at 162.85. Thus, he will be a top vice-captaincy pick.

Darshit Patankar: Darshit Patankar could be punted upon as vice-captain. The AUM wicket-keeper batsman seems to be striking the ball beautifully and has amassed 55 runs at a strike-rate of 203.70. He has smashed five fours and four sixes as well.

Shubham Patel: Shubham Patel is the main bowler for his side. He has scalped 3 wickets at an average 2.66 in this tournament so far. His wicket-taking abilities make him one among the top captaincy picks for this face-off.

Amandeep Ralhan: Amandeep Ralhan picked up 2 wickets in the last match. He can turn the game anytime with his incredible all-around ability. He can reap rewards for your fantasy team in this match.

Darshit Patankar: Darshit is the top run-scorer for American University of Malta in this tournament with 55 runs at an average of 55.00 from 2 outings. He is a good striker of the ball and bats at the top-order.

Tarak Shah: Tarak Shah will be a top all-round option. He has been excellent with the ball and has picked up three wickets in as many overs that he has bowled in two games. He can also be handy with the bat.