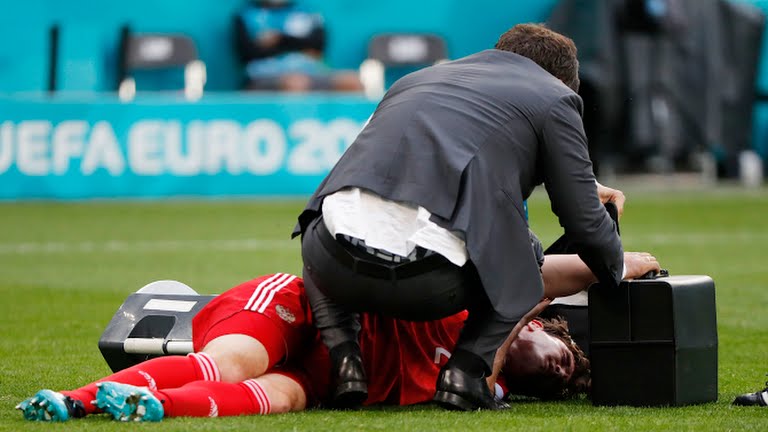 UPDATE: Mario is suspected of having a thoracic spine injury. He was taken for examination at one of the hospitals in St. Petersburg.

After winning the initial header to nearly tee up Dzyuba, Fernandes remains down and it looks like he landed fairly heavily on his back. The Russian medical team rush on to tend to the right-back and the game pauses for a brief moment or two.

Fernandes, who stayed down after winning an aerial duel and landing awkwardly on his back, makes his way off and Karavaev comes on at right-back.