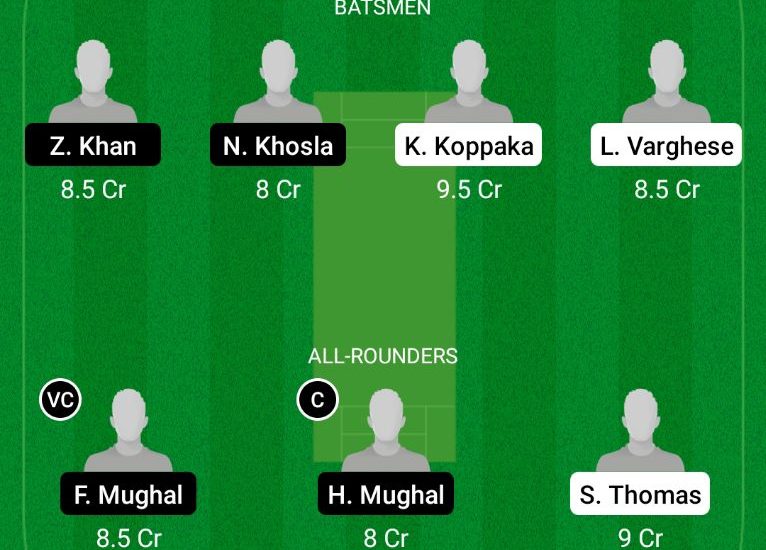 In this game of ECS Malta T10 will see Royal Strikers take on Marsa. We expect from Marsa teams to give their best performance to win this game and start the tournament on bright note. Expect this game to be an interesting one.

Haroon Mughal: Haroon Mughal is a fantastic all-rounder who can contribute with the bat and the ball for his team. He has scored 171 runs and picked up 5 wickets in the last season. His ability to deliver fantasy points in both scenarios makes him a reliable point multiplier pick for this face-off.

Fanyan Mughal: Fanyan Mughal is one of the most prominent players for his team. He is a match-winner who can turn the game anytime with his incredible all-around ability. Fanyan will be a good choice for captaincy or vice-captaincy in Grand Leagues.

Waseem Abbas: Waseem Abbas was remarkable with the ball in the the last edition of this tournament. Waseem picked up 11 wickets from 10 matches. He can provide profitable dividends for your fantasy team.

Sebin Thomas: Sebin Thomas has scored 19 runs, while also picking up 2 wickets in the last 2 games. He can make a healthy impact once again in this match.

Zeeshan Khan: Zeeshan Khan is a power-packed player, he can assist your fantasy team with his hard-hitting ability. He scored 211 runs at an average of 30.14 in the last season for his side. He will be a key addition to fantasy teams.

Livin Varghese: Livin Varghese had an ordinary outing against AUM by his standards and a big innings is likely to be around the corner. Hence, use him as an alternative captain or vice-captain option as only on grand league.