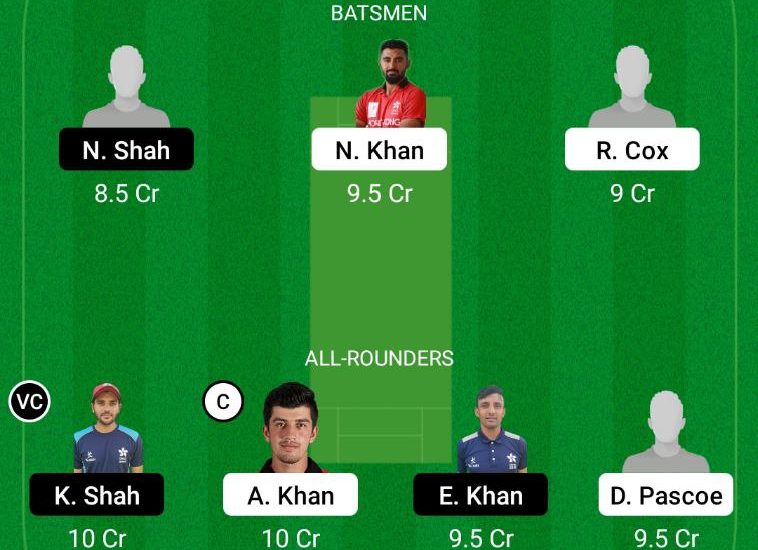 Hong Kong Islanders and Kowloon Lions face each other in this game. The surface is a balanced one, with great assistance for both pacers and spinners on offer. The average score on this wicket is 135 runs.

Kinchit Shah: Kinchit Shah will be a big pick as fantasy captain. He has been in solid touch with the bat and has scored 67 runs while striking at 124.07. Moreover, he has taken four wickets at an economy of 4.87. He can make a healthy impact once again in this match.

Aizaz Khan: Aizaz Khan is going to be a top captaincy option. He has been superb with the ball and has picked up three wickets at an economy of 5.12. With the bat, he has scores of 49 and 47. Aizaz will be among the top fantasy picks for this match once again. He will be aiming for another successful outing here.

Nizakat Khan: Nizakat Khan is going to be a top batting option. He has the ability to get big runs at the top of the order. He has mustered 62 runs, including a top-score of 48 which played a part in Kowloon Lions win.

Jamie Atkinson: Jamie Atkinson could be backed as the wicket-keeping choice. He has looked in good form with the bat and has contributed well. He has scored 63 runs at a strike-rate of 123.52 in this tournament.