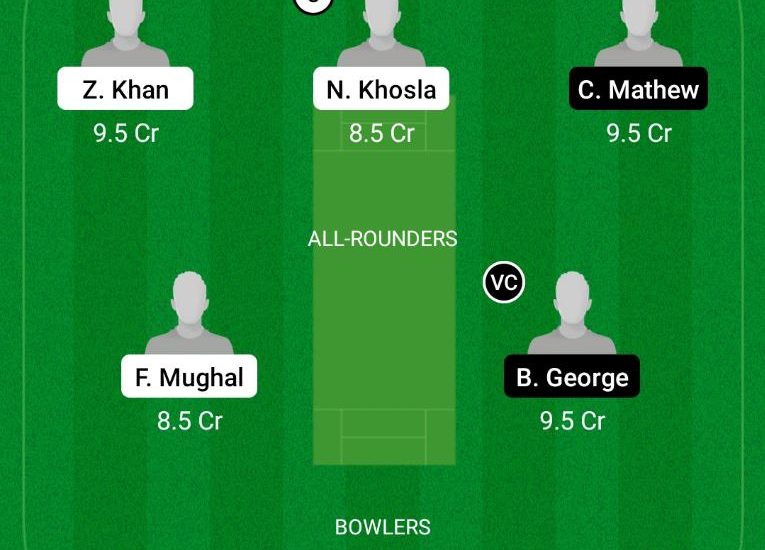 The 29th match of the ECS Malta T10 will see the in-form Marsa taking on Atlas UTC Knights in the first match of the double-header on Tuesday. Marsa are currently the team to beat in this competition. With six wins in six matches, they are off to a perfect start. They will look to extend their winning streak. On the other hand, Atlas UTC Knights have had a good tournament so far with three wins in four matches. Atlas UTC Knights defeated AUM by 34 runs in their last match. All in all, a crackerjack of a match is on the cards.

Zeeshan Khan: Hard-hitting opening batsman Zeeshan Khan might have bagged a duck in the last match against AUM but he has been the best batsman for Marsa. He has managed to score 172 runs from six matches. He will be the vice-captain for this match.

Basil George: Star batting all-rounder Basil George made an impact straightaway in his first game in this tournament. He struck a quick 15-ball 30 against AUM last week. He is also a very useful part-time bowler. Basil George’s ability to contribute with both bat and ball makes him a viable pick for captaincy.

Nowell Khosla: No.3 batsman Nowell Khosla hasn’t contributed much with the bat but he has done well with the ball to take seven scalps in six matches so far. Apart from seven wickets, he has also come up with 63 runs.  He can make a healthy impact once again in this match.