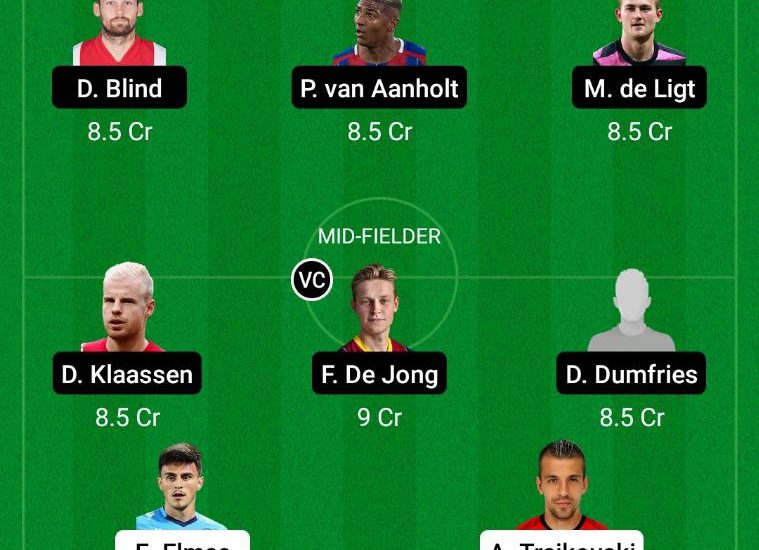 Meanwhile, MCD have won 3 of their 4 matches prior to the tournament including a 1-2 win against Germany. They are on a 7-match scoring streak but have kept only 2 clean sheets in the span. The two sides last met in the 2010 WC Qualifiers when the Netherlands won 6-2 aggregate including a 4-0 win at home.

Memphis Depay: Depay is a Dutch professional footballer who plays as a forward for Ligue 1 club Lyon and the Netherlands national team. The forward played a crucial role in building up Lyon’s game last season. While doing so, he scored a total of 20 times and helped his teammates with 12 assists as well. He is not just a goal-scorer but also a playmaker who has the ability to assist at almost an equal proportion. He scored a goal in the last match.

Goran Pandev: Pandev is a Macedonian professional footballer who plays as a forward for Italian club Genoa. He is the captain of the North Macedonia national football team and is the country’s all-time top scorer. He has shown his talent in the match against Austria by scoring a goal. He can be a threat to opponents and is surely a player to watch out for.

Georginio Wijnaldum: Netherlands midfielder has scored 1 goal in the Euro 2020 this season. He has also scored 2 goals in the Premier League for Liverpool this season. He has an average of 3.5 shots per game on goal post with a successful passing percentage of 92. He is a must-have pick to lead the team in your small league fantasy teams.

Davy Klaassen: Klaassen is a Dutch professional footballer who plays for Eredivisie club Ajax and the Netherlands national team. He is usually deployed as a midfielder for both club and country. He is one such player who could bring a dent to the opposition’s defense at any time. He will look to make his fortune’s worth in this upcoming game.