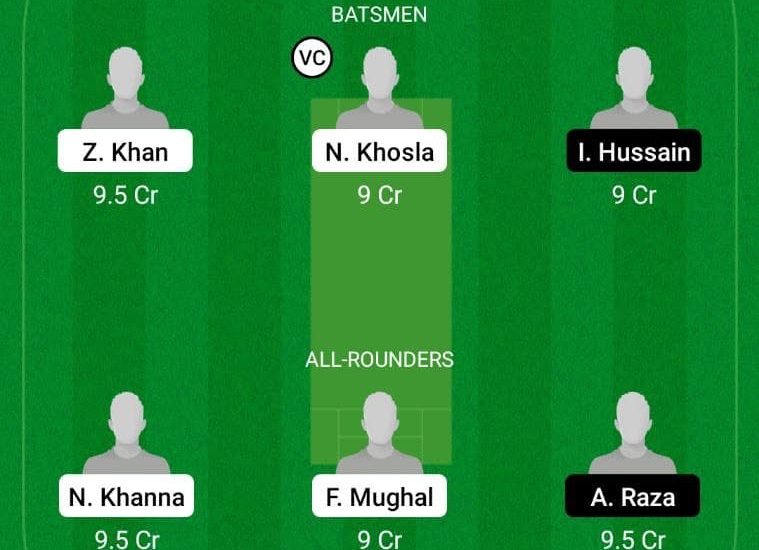 Marsa will lock horns with Swieqi United in the first quarterfinal of the ECS T10 Malta matches at the Marsa Sports Complex in Malta on Friday. Marsa finished as the Group A table-toppers having won six of their eight league stage matches. Swieqi United, on the other hand, finished at the penultimate position in the Group B with two wins from their eight league stage matches.

The pitch in Marsa Sports Complex, Malta tends to be more suited for the spinners than it is for pacers. The average first-innings score on this ground is 95 runs.

Nowell Khosla: Nowell Khosla is primarily listed as a batsman but is also an excellent bowling option. He has scored 84 runs and has picked up 7 wickets so far. He is a promising captaincy pick for our fantasy team.

Imran Ameer: Imran Ameer is a good top order batsman to have in your team. He has scored 160 runs so far at a strike rate of 164.44. He also has 5 wickets to his name. We back him to do well in this game.

Niraj Khanna: Niraj Khanna has notched up 173 runs, while also picking up 1 wicket in this tournament so far and will be aiming to stack handy points once again. He will be a key inclusion to fantasy squads.

Waseem Abbas: Abbas bowled exceptionally well in this season so far. He has picked up 11 wickets in his 8 outings. He is also the leading wicket-taker for Marsa in this ongoing season.

Bilal Khan: Khan impressed everyone with his all-around performances in this season so far. He scored 67 runs and picked up 6 wickets in the 8 matches he played this season. He is a must-have pick in this game.

Fanyan Mughal: Fanyan Mughal is yet another good all-rounder pick for this game. He has scored 48 runs and has picked up 5 wickets. He is an essential pick for our fantasy team.