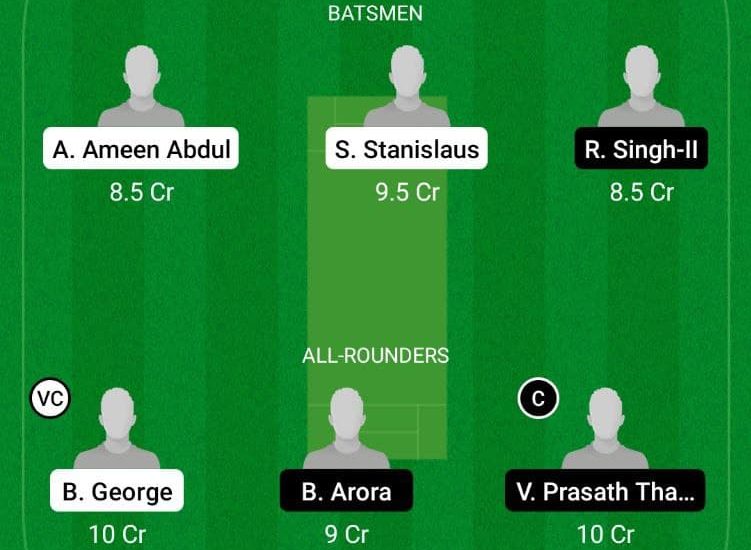 In the 2nd Semi-Final of the ECS Malta 2021, Atlas UTC Knights will go up against Super Kings. Atlas UTC Knights had a comfortable win in their Quarter Final game as they beat Mater Dei by 6 wickets. Super Kings on the other hand had a dominant win over Southern Crusaders in their Quarter Final game, which they won by 82 runs. Super Kings have been unstoppable so far in the tournament and are clear favorites to win this game.

The 2nd Semi-Final match of ECS T10 Malta 2021 will be played between Super Kings and Atlas UTC Knights at Marsa Sports Club. Pitch is expected to be batting friendly and plenty of runs can be expected.

Varun Prasath Thamotharam: Varun Prasath is a batting all-rounder who will bowl medium pace and bat in the top order. He is an attacking batsman who can be deadly if he gets a good start. He is also known to break partnerships. He has picked 6 wickets and scored 293 runs so far.

Bikram Arora: Bikram Arora is a batting all-rounder who will bat in the top order and bowl left arm spin. He is a solid batsman who plays on the merit of the ball and also is a smart bowler who will bowl according to the situation. He has picked 2 wickets and scored 158 runs so far.

Basil George: Basil George is a batting all-rounder who will bat in top order and also bowl his quota of 2 overs. He is a solid player who will score runs by playing proper cricketing shots. He is also a useful bowler who can be relied upon in pressure situation. He has picked 6 wickets and scored 109 runs so far.

Ashok Bishnoi: Ashok Bishnoi is the strike bowler for SKI. He picks up regular wickets and bowls with good control. He is expected to be the highest wicket taker for his team and can be relied upon in pressure situations. He has picked 15 wickets so far.

Aaftab Khan: Aaftab Khan is our keeper batsman for this game. He has managed to score 194 runs while batting at an average of 48.50 and a strike rate of 258.66. The destructive batsman is expected to make a difference in this game. He is also a reliable wicket keeper.