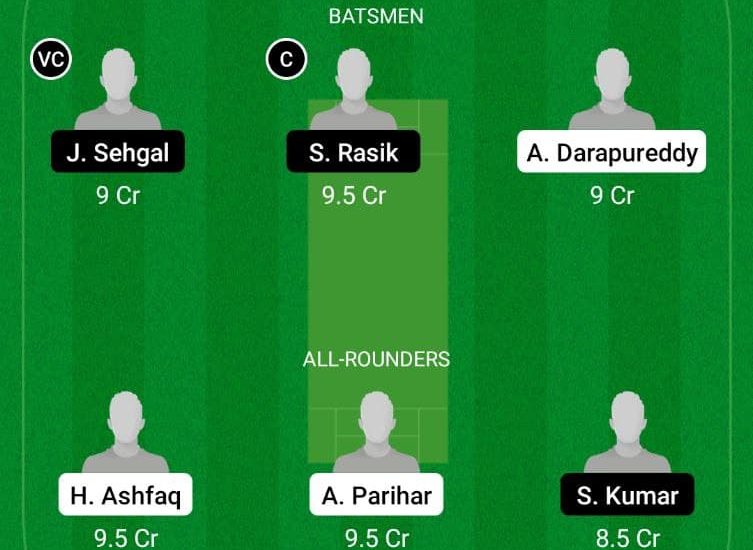 The two teams who will clash swords in the first two matches of Thursday, United Csalad and Cobra Cricket Club, are placed on the same page as of now. They both have won two of their four games, and hence, these games will have a big say on their future in this competition.

Jogi Sehgal: Jogi Sehgal is a great asset to any team in this format and can win the matches single-handedly. He is in good touch and contributing in all the departments of the game. He has scored 74 runs, while also picking up 3 wickets in this tournament so far.

Shiekh Rasik: Sheikh Rasik has the potential to contribute fantasy points with both bat and ball in this match, he will be a must-have pick here. So far, he has scored 111 runs, while also picking up 5 wickets in this tournament.

Vishnu Vasudev: Vishnu Vasudev is one of the most prominent players for his team. He is a match-winner who can turn the game anytime with his incredible all-around ability. He will be a key addition to fantasy teams.

Hassan Ashfaq: Hassan Ashfaq is a must-have player in this match. He has scored 52 runs and has picked up 2 wicket for United Csalad CC from 4 games in this tournament. He can make a healthy impact once again in this match.

Amit Parihar: Amit Parihar has notched up 41 runs, while also picking up 4 wickets in this tournament so far. He could earn hefty fantasy points in this match. He is must have pick in every league contests.