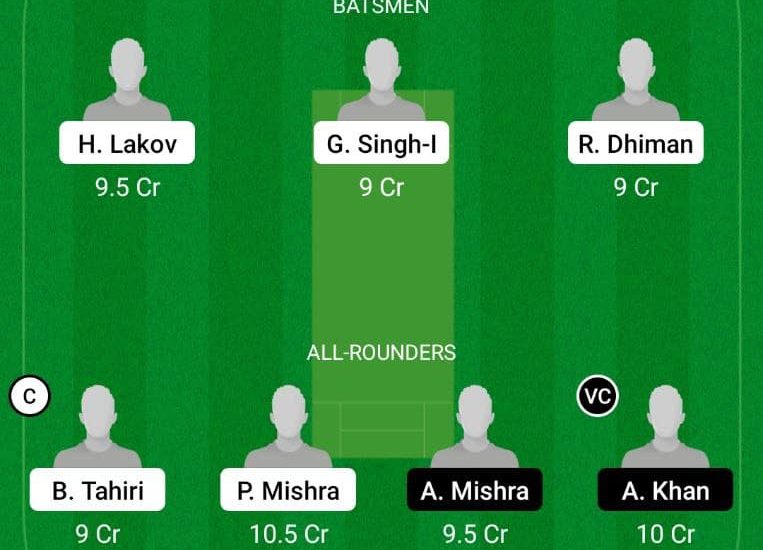 Bakhtiar Tahiri: Star all-rounder Bakhtiar Tahiri made his first appearance in the previous fixture against Medical University Sofia on Monday. He starred with two wickets and eight runs in his first outing. His all-round ability makes him a must-have pick.

Prakash Mishra: Indo-Bulgarian skipper Prakash Mishra is another key contributor especially with the bat at the top of the order. His ability to score runs at a faster rate makes him a top pick. So far, he has produced 77 runs and two wickets. He will be the vice-captain for this match.

Akshay Harikumar: Akshay Harikumar is a great asset to any team in this format and can win the matches single-handedly. He is in good touch and contributing in all the departments of the game. He has scored 23 runs, while also picking up 1 wicket in this tournament so far.

Apoorv Mishra: Apoorv Mishra has scored 28 runs in 2 innings at a strike rate of 133.33. He has a top score of 19 and also picked up 2 wickets from 4 overs at an economy of 6.25. You can try captain & Vice-captain in grand league contest.