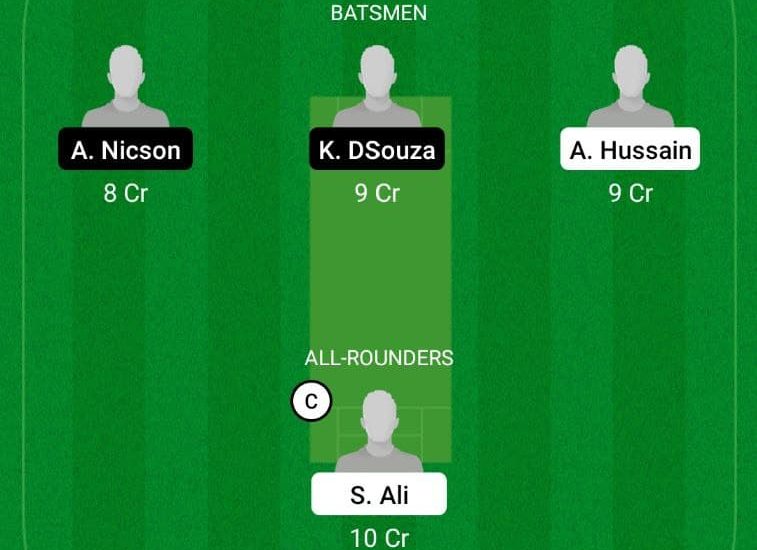 Sulaiman Ali: Star all-rounder Sulaiman Ali made his first appearance in the previous rain-hit abandoned fixture against Barbarians. He looked in good touch during his short stay at the crease. Sulaiman Ali’s all-round ability makes him a viable pick for captaincy.

Saim Hussain: Saim Hussain is the leading run-scorer for PLO with an unbeaten 67 at a strike rate of 319.04 in his only outing with the bat. He hit 4 fours and 7 sixes in the knock and is an excellent source for runs. In last season he scored 376 Runs in 10 matches. He is a must-have pick.

Kevin Dsouza: Middle-order batsman Kevin DSouza is predominantly an attacking enforcer. He cracked a 23-ball 64 in the opening match and he followed it with another quick 11 off six balls in the second outing. The onus will be on DSouza to deliver with the bat once again.

Omar Rasool: Attacking wicket-keeper batsman Omar Rasool couldn’t get going on day one of this tournament but he is an impactful batsman at the top of the order. Rasool will be looking to bounce back in this match. He scored 137 runs in 8 matches last season.

Aamir Nakhuda: Aamir Nakhuda was very impressive in the first outing against Barbarians. He picked up a wicket from 2 overs at an economy of 5.50 in his only outing with the ball. He is a very good bet for wickets and fantasy points. Watch out for him in this match.