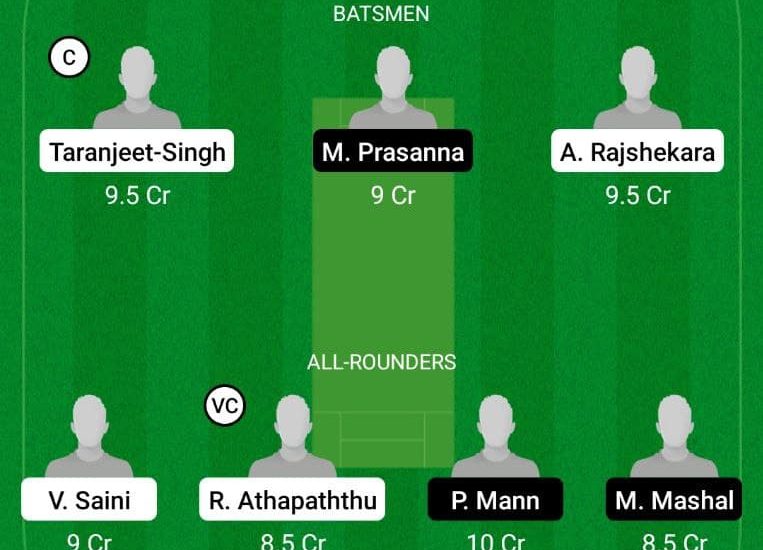 The 9th match of the ECS T10 Romania will see the in-form Cluj taking on Baneasa in the first match of the quadruple-header on Wednesday. Cluj are off to a good start by winning both their games so far. They defeated United in both the meetings on Tuesday. On the other hand, Baneasa are yet to open their account in this tournament. They lost both their fixtures against ACCB on Monday. Given the firepower with both bat and ball, Cluj are the clear favorites to win this match.

Taranjeet Singh: Star batting all-rounder Taranjeet Singh is a must-have pick in the fantasy team. He is renowned for his aggressiveness with the bat at the top of the order. In the two meetings against United, he starred with 55 runs and three wickets. Taranjeet Singh will be the captain for this match.

Ravindra Athapaththu: Cluj’s star all-rounder Ravindra Athapaththu is off to a very good start to this tournament. His ability to contribute with both bat and ball makes him a top pick. He has come up with 42 runs and three wickets in two matches so far. He will be the vice-captain for this match.

Abdul Shakoor: Baneasa skipper Abdul Shakoor entertained the viewers by smashing the ball to all corners in the opening fixture against ACCB. He starred with a scintillating 49 off 23 balls. His knock included six sixes and one four. The hard-hitting wicket-keeper Abdul Shakoor is a must-have pick.

Muhammad Mashal: Muhammad Mashal is Baneasa’s ace player and all-rounder. He bats at the top of the order and is the side’s leading run-getter with 55 runs. He is also the only wicket-taker for his team and has a wicket to show for his efforts.

Vasu Saini: Vasu Saini is among the top all-rounders in the game. He batted well last season, scoring 105 runs. He took a key role with the ball as well, bagging 5 wickets in 4 matches. rnHe has had a solid start this season as well, having scored 20 runs and having picked up 3 wickets.