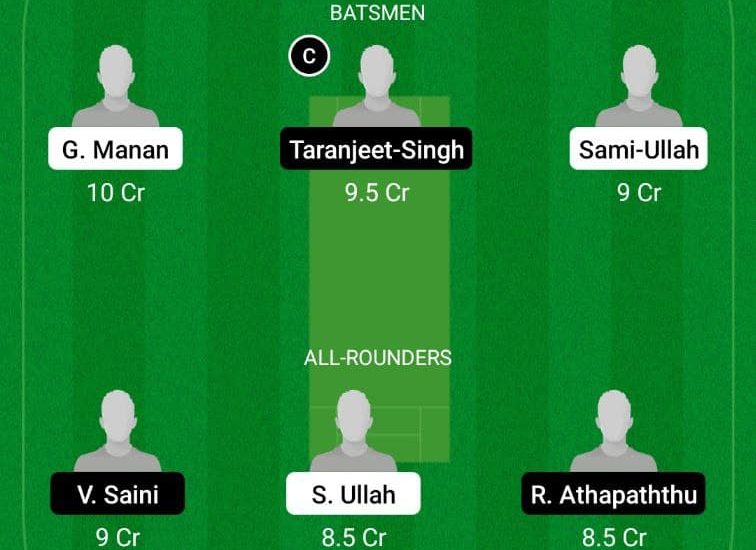 The 15th match of the ECS T10 Romania will see the in-form Cluj taking on ACCB in the third match of the quadruple-header on Thursday. ACCB have had a good tournament so far with four wins in six matches. They will be looking to end the league phase on a good note. On the other hand, the in-form Cluj have been dominant so far. They are currently on a four-match winning streak and will look to extend their winning run.

Gohar Manan: Gohar Manan is an aggressive batsman and started the season in spectacular fashion, scoring a century in the opening game (112*). He has the tremendous ability with the bat and has gone on to do a fine job, top-scoring for his side with 214 runs to his name from 5 games with a strike rate of 282.

Taranjeet Singh: Taranjeet Singh was the player of the tournament for Cluj last year. The all-rounder was the side’s leading run-getter and wicket-taker. He has started this season in a similar fashion, having scored 210 runs and having picked up 5 wickets, the most for his side in either department.

Vasu Saini: Vasu Saini is among the top all-rounders in the game. He batted well last season, scoring 105 runs. He took a key role with the ball as well, bagging 5 wickets in 4 matches. He has had a solid start this season as well, having scored 21 runs and having picked up 5 wickets, the joint highest for his side.

Nishant Devre: Devre is a fine seam bowler and he looks to pick up early wickets. He has picked up 4 wickets thus far and will look to rattle the ACCB batting unit. He also has some big-hitting abilities lower down the order and has scored 38 runs with a strike rate of 200.

Saeed Ullah: Saeed Ullah is a great asset to any team in this format and can win the matches single-handedly. He is in good touch and contributing in all the departments of the game. He has scored 17 runs, while also picking up 7 wickets in this tournament so far.

Abdul Asif Bevinje: Abdul Asif is a power-packed player, he can assist your fantasy team with his all-round ability. He has scored 176 runs, while also picking up 4 wickets in this tournament so far. He will be a key addition to fantasy teams.