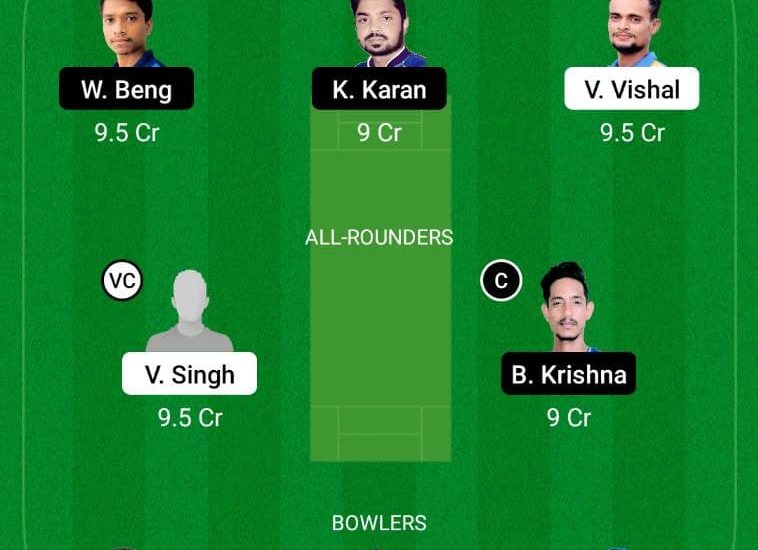 You can watch out for this match live scorecard or live match streaming on Fancode App. Live score is free of cost, but if you want to watch live match streaming, you need to buy a Fancode pass. You can download the Fancode application from Google Playstore or App Store.

Bal Krishna: Bal Krishna has scored 55 runs, while also picking up 6 wickets in this tournament so far. He can make a healthy impact once again in this match. He is a common & safe captain/vice-captain pick for the small league.

Vikash Singh: Vikash Singh has scored 36 runs at a strike rate of 156.52 and picked 2 wickets in 2 matches. He is a must-have pick for the small league in this match. He can prove to be a fruitful captaincy choice in this game.

Kumar Karan: Kumar Karan is the leading run-scorer for his side in this ongoing season. He has notched up 85 runs in this tournament so far and will be aiming to stack handy points once again.

Aaryamaan Lala: Lala has picked a wicket in 2 matches. He can also provide you with some valuable points with the bat in the lower order. I will be hoping to deliver once again in this match with the ball early on.