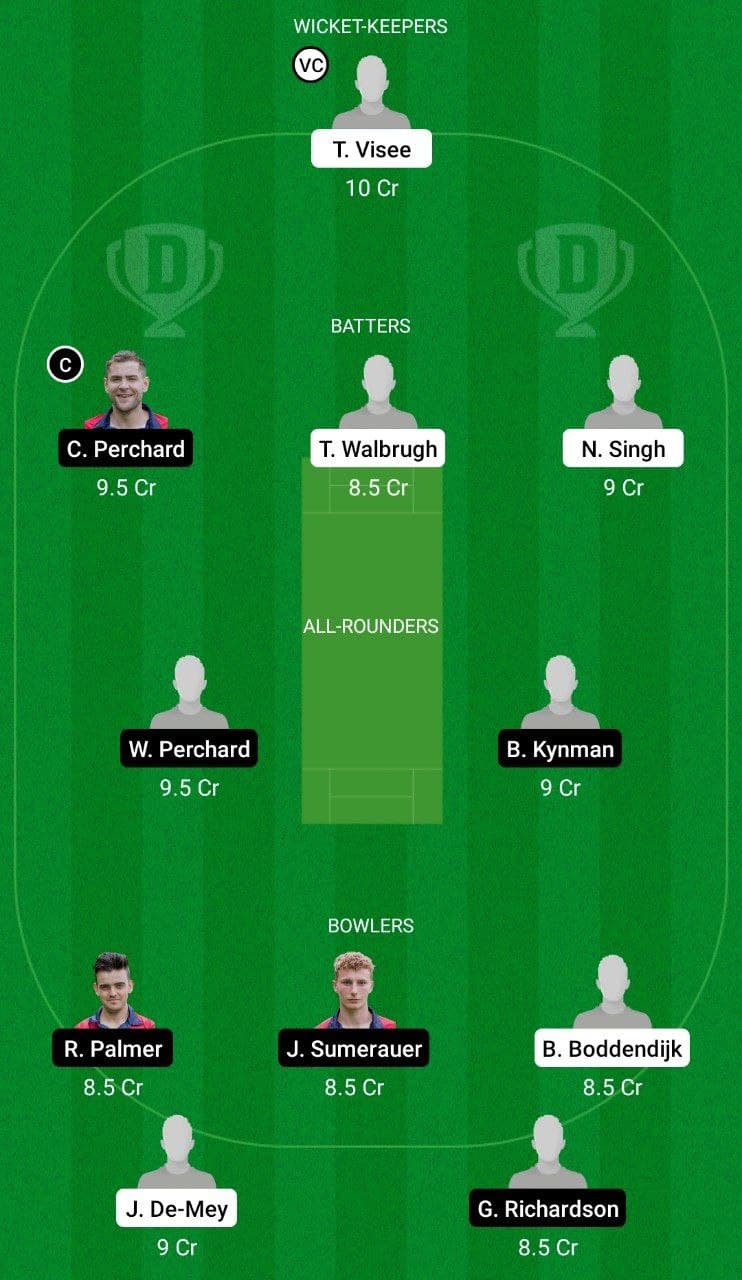 HBS Craeyenhout take on Farmers in the opening Group E match of the European Cricket League 2022. HBS Craeyenhout is a Dutch club making their first appearance in the ECL. They will look to move further ahead in the tournament. Farmers, on the other hand, is a quality side, the first from Jersey to make it to the ECL. Farmers are in good form having won all the matches that they have been a part of this year. Therefore, they will start this contest with an edge. However, we can expect an exciting contest to kick start the Group E games.

You can watch all European Cricket League T10 matches on Fancode app. You can download Fancode from playstore & appstore.

Charles Perchard: Charles Perchard has been the leading run getter for Farmers this season. He has scored 124 runs from five games at a healthy average of 62. Charles will have the responsibility to lead with the bat once again. His form and batting skills make him one of the top choices for captaincy in this match.

Tobias Visee: I think no need to give introduction about him if you follow Netherlands cricket matches. He played 31 T20I & 3 ODI for Netherlands national team.  He scored 185 runs for his team in the last edition of Topklasse T20 tournament. He is must-have pick in this match.

Tayo Walbrugh: Tayo Walbrugh is another top batter from HBS Craeyenhout. He is yet to play in ECN games. However, the right-handed batter is experienced having played for sides such as Western Province and Cape Cobras. Walbrugh will look to contribute with the bat for his side and is a key pick for this contest.

Navjit Singh: Navjit Singh is a decent batter from HBS Craeyenhout. He has the ability to bat with a decent strike-rate. Navjit is experienced having represented Netherlands A and Netherlands XI as well. He can also bowl some off-spin and contribute with the ball. Navjit will be keen to start well and is a valuable inclusion.

Will Perchard: Will Perchard is another top all-rounder from Farmers. He has been a part of the Jersey U-19 team as well and brings experience. The right-handed batter and the right-arm medium pacer will be keen to contribute with both bat and ball.