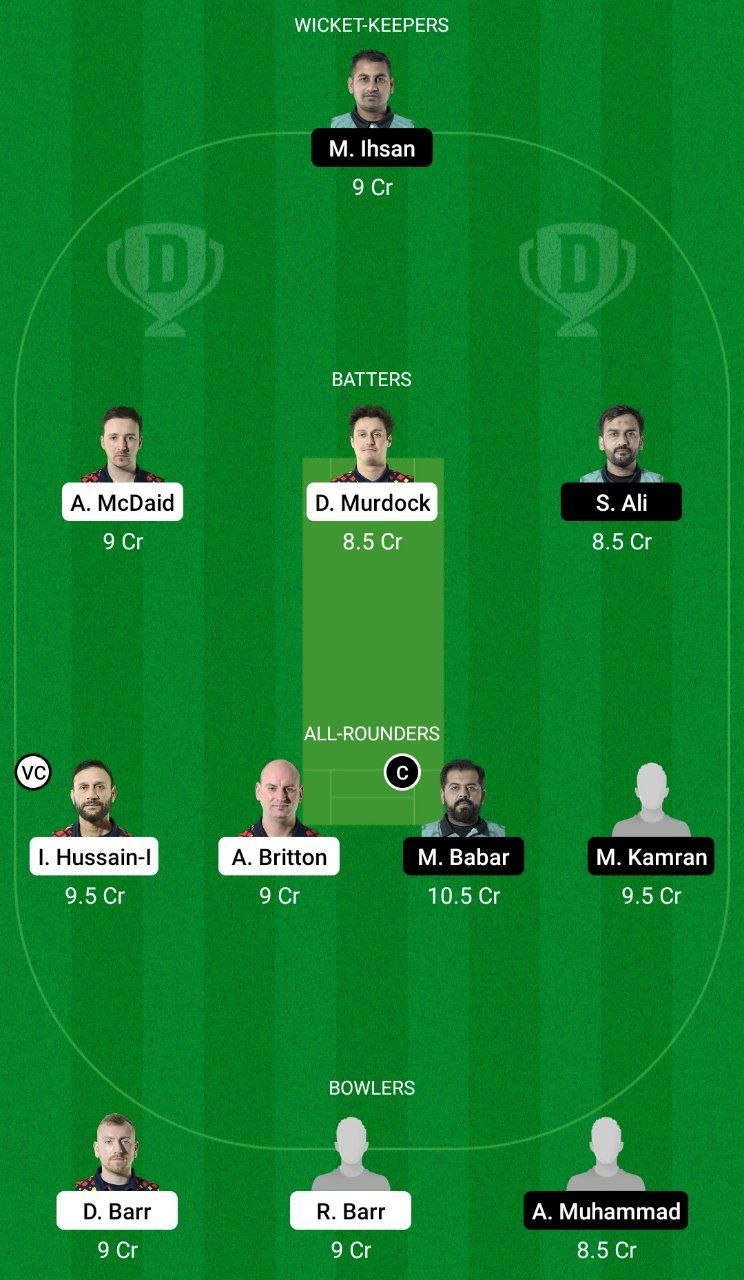 Pak I Care Badalona were pretty good in the group stage games with five wins in five encounters. On the other hand, Brigade will enter this encounter after losing a contest recently. It would be a tight contest between these two top sides.

You can watch all European Cricket League T10 matches on Fancode app. You can download Fancode from playstore & appstore.

Muhammad Babar: Muhammad Babar has so far scored 255 runs in the tournament in 10 innings at a whopping strike rate of 204. Moreover, he picked 14 wickets from 10 innings and would be one of the important all-rounders to watch out for.

Muhammad Kamran: Muhammad Kamran is one of the wise choices to have as a multiplier. He has picked 13 wickets from nine innings and would be aiming to add more scalps to his tally going into next few encounters.

Iftikhar Hussain: Iftikhar Hussain-I has scored 118 runs and also picked 12 wickets from nine innings. The Brigade would expect a lot from him to turn the game towards their side. His all-round skills would be very important in this must-win encounter.

David Barr: David Barr is the leading wicket-taker for Brigade after picking 13 scalps from nine encounters. His best figures of 4/9 turned out to be one of the impressive spells in the group stage games. He would be one of the bowlers to watch out for, which makes him a top pick.

Shehroz Ahmed: Shehroz Ahmed is another all-rounder from Pak I Care Badalona with 113 runs from 10 innings. He also went on to pick 13 wickets from the same number of innings. He will go down as one of the risky choices to have as a multiplier.