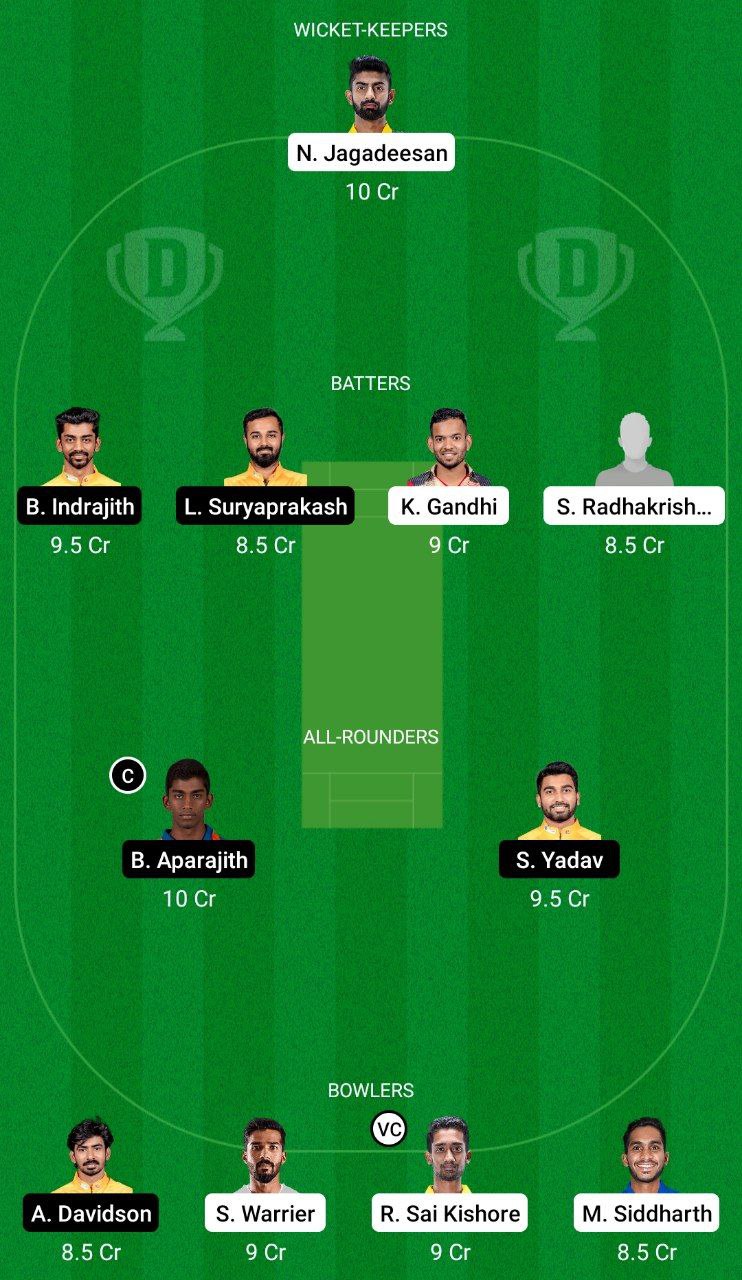 The defending champions Chepauk Super Gillies are ready to play their first fixture of TNPL 2022 on Thursday as they take on Nellai Royal Kings. The pitch at the Indian Cement Company Ground, Tirunelveli is a bowling paradise, with a first-innings average of 134 runs. Meanwhile, the spinners are anticipated to get some movement with the ball. Chepauk Super Gillies will be starting as favorites in this match.

Baba Aparajith: Baba Aparajith is an unquestionable choice for the captaincy. He is a marvelous batting all-rounder. He can have a positive impact with both the bat and the ball. He had scored 181 runs and took nine wickets in 7 matches in the last season.

Ravisrinivasan Sai Kishore: Ravisrinivasan Sai Kishore is a superb bowler who is expected to make a valuable contribution to his side. He can do wonders as a captain. He was the second-leading wicket-taker in TNPL 2021 with 12 wickets in seven games with a 5.85 economy rate. He recently played for champions Gujarat Titans in the Indian Premier League (IPL) 2022.

Narayan Jagadeesan: Narayan Jagadeesan is a highly talented wicket-keeper batsman, who is sound in technique, both with the bat and behind the stumps. He will be a great choice for captaincy in this match. Jagadeesan was the leading scorer for his team in TNPL 2021 with 336 runs in 10 matches with a strike rate of 125.37 and an average of 37.33.

Baba Indrajith: Baba Indrajith is a destructive batter who could prove to be a valuable asset behind the stumps. He had scored 123 runs with an average of 61.50 and a 130.85 strike rate in the last edition. He will be a must-have pick for this game.

Sanjay Yadav: Sanjay Yadav is an incredible left-arm orthodox. He had a decent season last year and picked up seven wickets. He will aim to make a satisfactory offering once again in this match.