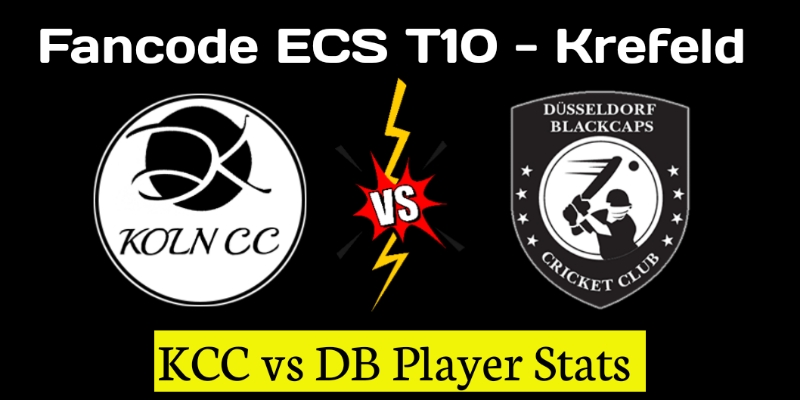 The Dusseldorf Blackcaps would be desperate to continue their momentum that they secured with a win over the Bayer Boosters. Koln CC will be desperate to start their campaign on a winning note.

You can watch all Fancode ECS T10 Krefeld matches live stream on Fancode application. Fancode is available on Playstore & Appstore.

Muhammad Raheel: Muhammad Raheel is a no-brainer choice for captaincy in this match. Raheel has piled up 55 runs with the bat and also picked up 4 wickets so far.

Jamshed Khan: Jamshed Khan has contributed 51 runs and 3 wickets in 2 matches so far. Jamshed is a match-winner who can turn the game anytime with his incredible all-around ability.

Tejas Morbagal: Tejas Morbagal is a power-packed player, he can assist your fantasy team with his all-round ability. Tejas can prove to be an efficient point multiplier pick.

Majeed Ahmadzai: Majeed Ahmadzai has been batting well this season and has also scored 29 runs in 2 matches so far, he will be a decent choice to consider for this game.

Irfan Ahmed: The batsman Irfan Ahmed-I has a great deal of power and can clear the boundary at critical times against any bowler. He can reap rewards for your team.

Oascoroni Ahamed: Oascoroni Ahamed has aggregated 21 runs and a wicket for his team in this tournament. He will look to add more to his tally in this game, making him a top pick.