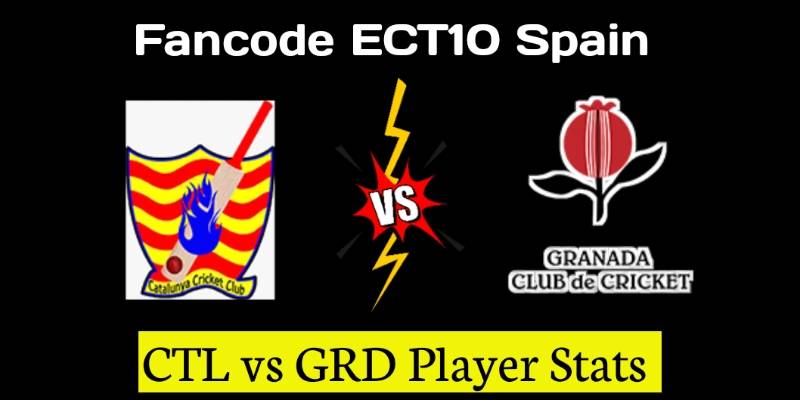 Catalunya CC will take on Granada in the second match of the Group B at the Cartama Oval on Saturday. Catalunya CC were last seen in 2020 when they ended up as the runner-up of the European Cricket Series, Barcelona. Meanwhile, Granada CC was part of the ECS Spain, Cartama event earlier in the year. All in all, a crackerjack of a match is on the cards.

You can watch all Fancode ECT10 Spain matches live stream on Fancode application. Fancode is available on Playstore & Appstore.

Yasir Ali: Experienced batting all-rounder Yasir Ali-I is a well-known name in the T10 circuit. He has produced 1360 runs and 27 wickets from 53 T10 matches. Yasir will be the vice-captain for this fixture.

Brett Ross: Brett Ross is another prolific all-rounder for Granada CC. He contributed 202 runs and seven wickets from six matches in the T20 Southern Cricket League.