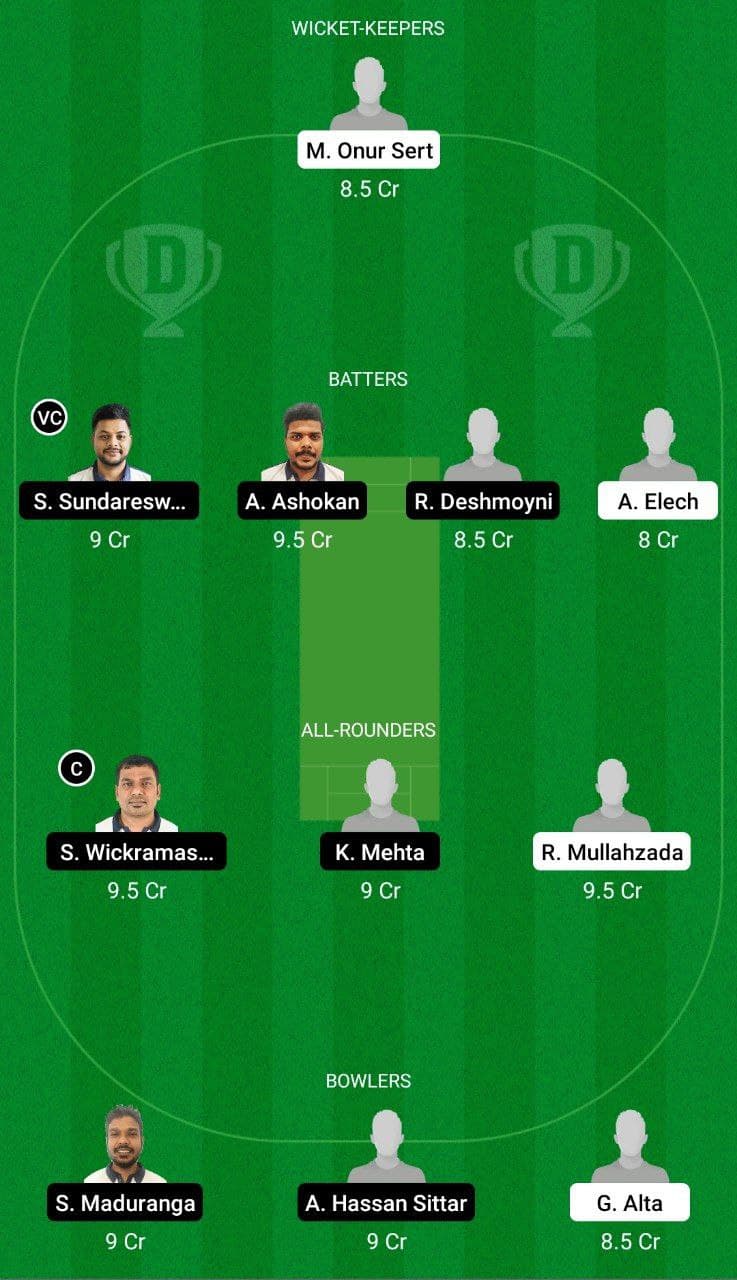 Group C matches of the ongoing European Cricket League are set to commence on February 21. Prague CC Kings will face the newcomers Zeytinburnu Zafer in the opening game of the tournament. Prague team has some experienced players in their side while the ZTB side is making its debut and will be looking to make an immediate impact in their first game.

You can watch all European Cricket League T10 matches on Fancode app for free. You can download Fancode from playstore & appstore.

Sudesh Wickramasekara: Sudesh Wickramasekara is the best all-rounder available to be picked for this match. In 17 matches of his career, he has amassed 509 runs at an average of close to 51 and a strike-rate of 206.91. Sudesh has also picked 7 wickets with the ball.

Arun Ashokan: Arun Ashokan was one of the better batters for Prague last season. In 10 matches that he played, he scored 212 runs at a strike-rate of 135.03 and an average of 30.28. He also picked up a wicket in three innings that he bowled.

Rashid Mullahzada: Rashid Mullahzada is making his debut in ECN. He is a medium pace all-rounder who can make an immediate impact on the side and can be made a surprise C or VC for this match. But his age is 46 Years old.

Sharan Sundareswaran Ramakrishnan: SS Ramakrishnan has featured in 11 matches so far in his career scoring 249 runs at a strike-rate of over 150. He is also a wily bowler having accounted for 7 wickets in his career.

Keyur Mehta: Keyur Mehta is listed in the all-rounder’s category. But he has made maximum impact with the ball in the tournament picking 11 wickets in as many innings at an economy of 5.78.

Gokhan Alta: Gokhan Alta will be bowling the crucial overs and can hunt wickets in bunches in this match. He will be a terrific choice from the bowling department because in domestics circuit his bowling record was sectional.